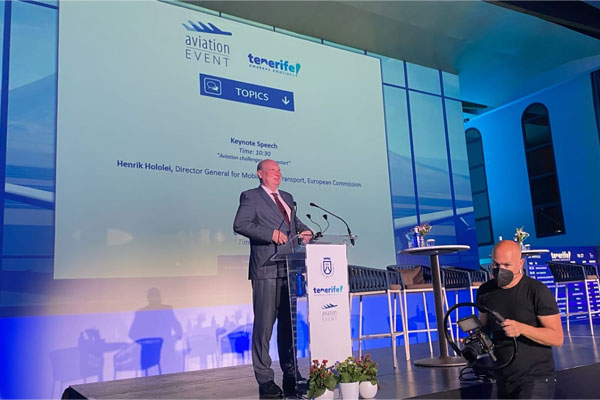 For the first time Aviation-Event took place in a tourist destination, and not in a European airport, as has been the norm until now. Its celebration was confirmed by the president of the Cabildo of Tenerife, Pedro Martín, last December and some 200 leaders of the aviation industry and representatives of institutions shared strategies on the evolution of the sector.

The event, which began to take shape in June 2020, and which was firmed up in March this year during the visit by the Supervisory Council of Aviation-Event to Tenerife, included the participation of senior representatives from the aviation industry and institutions from throughout the continent of Europe, along with others from America and Asia: ranging from airlines and airports to leading organisations and political leaders, who, during the different debates that took place throughout the day, analysed the keys that will allow the foundations to be laid for the new era beginning in the tourism and aviation industries.

Qatar Airways touches down in Abidjan, marking the start of regular services from Doha