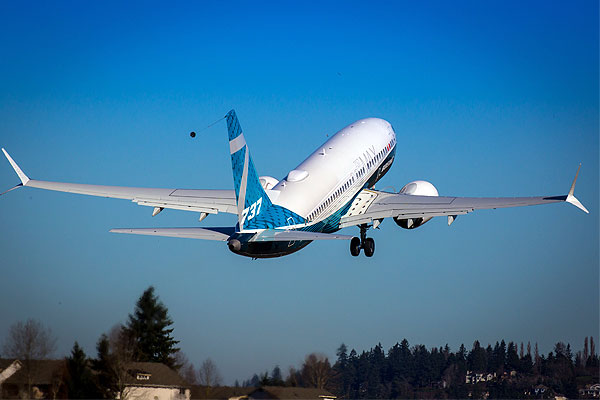 Boeing’s struggle to return the B737MAX to the skies remains the focus of uncertainty surrounding airframe manufacturers in 2020.

High aircraft values and low lease-rate factors which do not reflect the commercial and operating risks facing airlines leave the aviation finance industry in a vulnerable state in 2020, says Scope Ratings.

Scope expects little change to lease-rate factors in the first half of the year. The slowdown in the global economy will rub off on the aviation industry. More airline defaults and further consolidation are likely in 2020, though stability in oil prices will help the industry keep costs under control.

“The industry is in a vulnerable state because aircraft values are rising at the same time as lease-rate factors are falling,” says Helene Spro, director in Scope’s project finance team and co-author of the Aviation Finance Outlook 2020. “This trend has played out since the global financial crisis, particularly for narrowbody aircraft such as the Airbus A320 and Boeing 737,” Spro says.

Lease-rate factors are at an all-time low thanks to the expansionary policies of central banks that are keeping interest rates below their natural level. Lease-rate factors are calculated as a percentage of the purchase price and should account for the depreciation of the aircraft, return to investors, administrative costs, natural swap rates and credit spreads.

“Lessors and arrangers must take increasingly optimistic views on the residual value of aircraft for returns to be viable at current lease rates,” says Spro.

Depreciation is the biggest component of the total lease revenue. “Investors justify lower lease-rate factors by assuming the asset will depreciate more slowly. This dramatically increases credit risk,” adds Christian Vogel, associate director in Scope’s project team and co-author of today’s outlook. Investors will experience a loss in case of default if the aircraft is not appropriately depreciated over the term of the transaction.

“We do not believe that current lease-rate factors in many narrowbody-aircraft transactions are sustainable. This is a hidden risk that will materialise should market conditions worsen,” Vogel adds.

Boeing’s struggle to return the B737 MAX to the skies remains the focus of uncertainty surrounding airframe manufacturers in 2020, posing three risks for investors:

The credit quality of airlines with the B737 MAX in their fleet might deteriorate if it incurs direct costs related to the grounding of the aircraft which also has a broader impact on its operations. Boeing has paid compensation to several airlines. If costs are properly compensated, the impact on credit risk will decrease. However, compensation is unlikely to account for many indirect costs, such as passengers refusing to fly the B737 MAX in the future.

For debt investors invested in B737 MAX transactions, the risk today relates to amortising the principal in a way which is out of line with the aircraft’s depreciation, though Scope sees the credit risk of future B737 MAX deliveries in line with expectations before the grounding of the planes.

The third credit risk relates to possible over-capacity assuming regulators approve a return of the aircraft to service: another 370 aircraft would suddenly be back in the air based on the number of the jets Boeing says it has delivered so far to 47 airlines. The most likely outcome is that airlines will retire older models when the B737 MAX is back in service, reducing some extra capacity though possibly not in all market segments.

The Guestbook releases new White Paper, "Metasearch, What to Know Before You Bid"