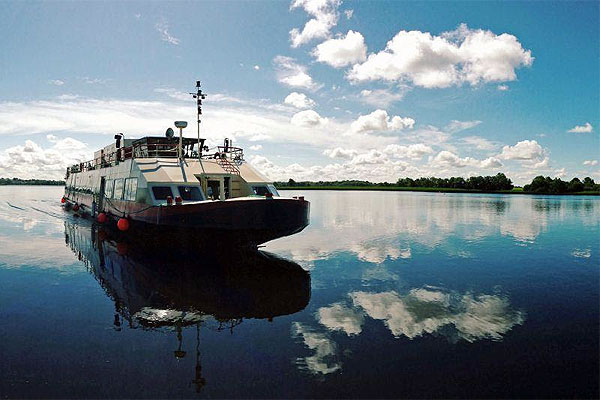 The barge experience itself is unique and intimate with a total of only ten passengers.

Beyond Cruises adds another beyond the ordinary destination to its 2020 collection of itineraries, the Ireland River Barge Cruise Aboard The Shannon Princess. The Shannon River, the longest in the country at 224 miles, serves as a natural border between the western and eastern parts of Ireland. The seven-day barge cruise starts and ends in Dublin. The Ireland River Barge Cruises departure schedule is from April through September 2020 and starts at $4,600 per person double occupancy.

As the Shannon Princess winds its way along this famous river, passengers can relax as they sit on the deck while their eyes feast on a landscape of rolling green fields, ancient Celtic landmarks and an abundance of wildlife. Beyond Cruises’ guests will have the opportunity to immerse themselves in the heritage and local traditions of this region of Ireland through a variety of fascinating excursions. The Shannon Princess, the largest hotel barge to float along the Shannon River, navigates through the idyllic “Inner Lakes” of Lough Ree and explores some of the 365 islands on the lake. Excursions include a tour of the Kilbeggan Whiskey Distillery, dating from 1757, making it the oldest licensed whiskey distillery in the world, as well as a chance to “get up close and personal” with birds of prey such as owls, falcons, and eagles at Walled Garden.

The barge experience itself is unique and intimate with a total of only ten passengers.

One can enjoy the panoramic views while savoring a gourmet meal prepared by the onboard Ballymaloe School trained Chef, or unwind and watch the countryside glide slowly by on loungers or in the heated spa pool on the sundeck. This quaint, but comfortable, barge will help make guests journey through the Emerald Isle one they will never forget.