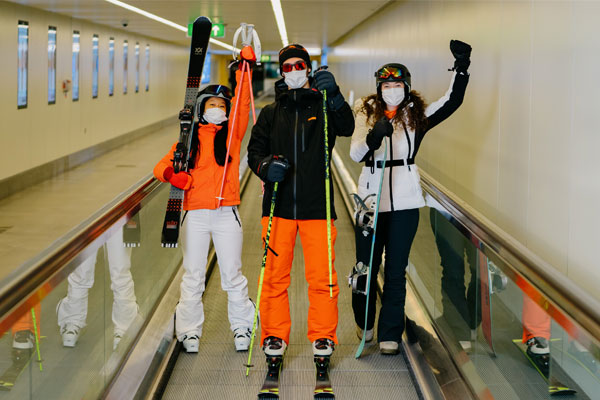 Removal of the French tourism ban has ‘peaked’ Britons’ interest in ski getaways, with easyJet seeing a 600% lift in last minute UK flight bookings to French ski resort destinations following the announcement. The airline also saw a 386% lift in UK winter bookings to Switzerland immediately after the announcement.

Skiers are racing to the slopes as France announced it will welcome back UK tourists.  In the hours following yesterday’s announcement, Europe’s leading airline easyJet saw a 600% lift in UK bookings to popular French ski destinations for the remainder of the winter season. Last-minute bookings to Switzerland also saw a peak immediately after the news broke with a 386% increase in flight bookings, suggesting consumer confidence in international travel continues to build.

As snow continues to cover peaks across Europe, winter sports lovers now have even more opportunity to hit the slopes. Recent research carried out by the airline showed that around two-thirds (65%) of Brits are planning to prioritise a trip abroad in 2022, so it is no surprise that more people are now making the most of the winter season – up to the end of March 2022 – and booking a ski getaway to look forward to.

easyJet is offering more seats to Europe’s major ski destinations from the UK this winter than any other carrier. Thousands of easyJet flights to France and Switzerland as well as other destinations serving Europe’s best ski resorts are still available to book for this winter, including over February half-term, giving customers more choice to book a new year getaway or a family break.

easyJet is operating 37 routes this winter from the UK to 10 destinations across Europe which serve the continent’s major ski resorts.

easyJet to launch first international route from Jersey to Amsterdam