Britons would give up sex for their fantasy holiday 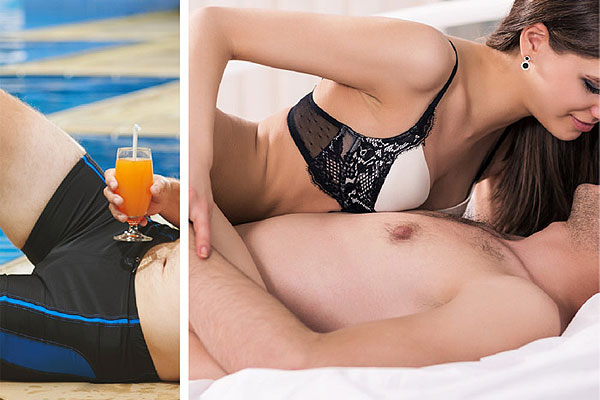 A new survey from loveholidays revealed that 38% of women would happily swap a month of sex for their dream getaway, compared to just 28% of men.

Romance is off the cards this Valentine’s Day, as a third (33%) of Britons claim they would give up sex for a month if it meant going on their dream holiday.

A new survey from loveholidays revealed that 38% of women would happily swap a month of sex for their dream getaway, compared to just 28% of men. Sheffield came out as the least romantic city, with half of people saying they’d be willing to make the trade. This isn’t the case in the Welsh town of Aberystwyth where nobody is prepared to sacrifice sex, not even for their dream break.

Sex isn’t the only thing off the agenda. Two fifths of Brits would give up personal grooming (shaving, skincare and makeup) in exchange for their dream holiday. Women are less keen to sacrifice their beauty regimes, only 14% would compared to 23% of men. People in Aberdeen are the least concerned about their appearance, more than a third said they’d sacrifice personal grooming in exchange for a dream holiday. In Wolverhampton, however, nobody is willing to shun their beauty regime.

Hygiene is off the cards too, with one in ten Brits claiming they’d give up showering for a month in exchange for that bucket list trip. Only 6% of women said they would swap showering for the sun lounger, compared to 13% of men.

“There is no doubt that Brits look forward to their annual holiday, especially as many are still paying off Christmas spending on credit cards. But we’re also in the run up to Valentine’s Day, so shouldn’t our thoughts be turning to romance rather than just planning our dream getaway?
Studies have shown that we tend to experience more intense emotions about future events – like a holiday – than we do of past events. We get more excited and have higher expectations of things to come, as opposed to memories of the past.”

Alex Francis, CEO of loveholidays said: “It’s no surprise to see that people are dreaming of sun, sea and sand, especially during the winter months. What did shock us, however, is the extreme lengths people are willing to go to for a break! Nobody should have to give up life’s simple pleasures for a holiday, which is why we give all our customers the option to spread the cost with a low deposit and monthly payments.”

The survey by loveholidays polled 1,000 people across the UK in January 2017.

How well do we know our own country? The famous world destinations on our doorsteps