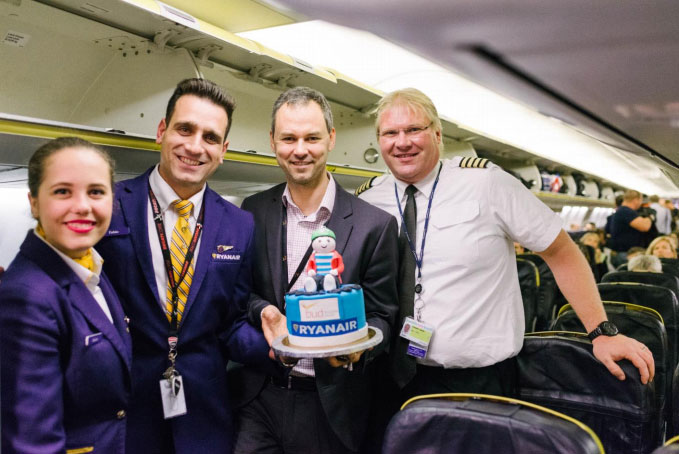 Low-cost carrier Ryanair has confirmed its fourth new route from the Hungarian gateway for 2017.

Continuing the expansion of its route network, Budapest Airport announces another development with the welcome addition of Ryanair’s new link to Marrakech. Having increased its Budapest passenger traffic by 20% last year, delivering more than 1.7 million passengers, the low-cost carrier has confirmed its fourth new route from the Hungarian gateway for 2017.

Launching Budapest’s only direct link to Morocco, Ryanair will serve 27 destinations from Hungary’s capital city airport during 2017. As a result of this additional route the airport will serve 45 country markets as the carrier’s route joins existing African links to Egypt, Algeria and Tunisia, meaning that Budapest will offer close to 2,500 weekly seats to the region this year.

“Today’s news confirms Ryanair is set to have one of its busiest years from Budapest in 2017,” states Balazs Bogats, Head of Airline Development, Budapest Airport. “Here at Budapest we strive to offer a wide range of colourful destinations to our customers, and having been named as one of the world’s best resorts, we’re proud to offer Marrakech as part of our network.”