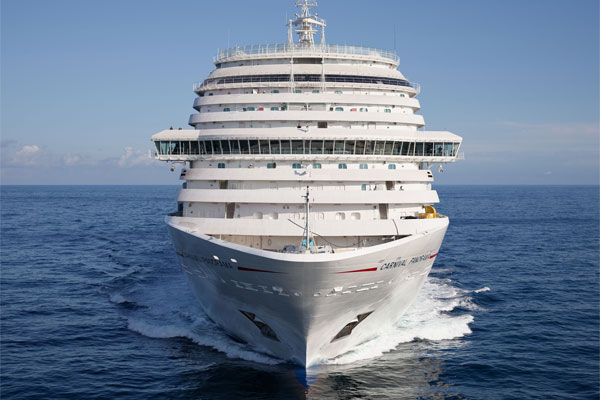 In addition to its continuing efforts to repatriate the many thousands of crew members still on its ships to their home countries, the company is also working closely with governments, regulatory agencies, health and infectious disease care experts around the globe to develop the best practice public health protocols to address the threat of COVID-19 for when guest operations resume.

MIAMI – Carnival Corporation & plc announced a number of additional actions it is taking to further strengthen its liquidity position in the event of an extended pause in guest operations due to COVID-19.

Carnival Corporation was the first to pause the guest cruise operations of some of its brands in the face of the impact of the COVID-19 global pandemic, followed on March 13th by the rest of its brands and the other cruise companies. That action was taken before stay-at-home or shelter-in-place was implemented in the U.S. and before U.S. hotels, airlines, restaurants and other forms of public gathering or transportation began shutting down or limiting service.

Last month the company completed a successful financing effort with a heavily oversubscribed offering of senior secured notes, senior convertible notes and common stock, netting $6.4 billion of additional liquidity. To further strengthen liquidity, Carnival Corporation and its brands are announcing a combination of layoffs, furloughs, reduced work weeks and salary reductions across the company, including senior management. These moves will contribute hundreds of millions of dollars in cash conservation on an annualized basis.

Since the company paused its guest cruise operations in early March, workforce changes were largely placed on hold, even in the face of no meaningful revenue, to forestall the financial impact on its employees while still meeting its fiscal responsibilities – deferring employee actions beyond that of many others in similar situations during this pandemic. The company continues to support its travel agent partners by paying commissions on canceled cruises and on future cruise credits when guests rebook.

In addition to its continuing efforts to repatriate the many thousands of crew members still on its ships to their home countries, the company is also working closely with governments, regulatory agencies, health and infectious disease care experts around the globe to develop the best practice public health protocols to address the threat of COVID-19 for when guest operations resume. Repatriation efforts include chartered flights as well as rerouting its ships to crew home ports where those ships would not have otherwise sailed. The company is also working closely with its many destination partners as it continues to evaluate the best options and safety protocols for return to service.

"Taking these extremely difficult employee actions involving our highly dedicated workforce is a very tough thing to do. Unfortunately, it's necessary, given the current low level of guest operations and to further endure this pause," said Carnival Corporation & plc President & CEO Arnold Donald. "We care deeply about all our employees and understanding the impact this is having on so many strengthens our resolve to do everything we can to return to operations when the time is right. We look forward to the day when many of those impacted are returning to work with us and we look forward to the day, when appropriate, that once again our ships and crew are delighting millions of people at sea and we can be there for the many nations and millions of people who depend on the cruise industry for their livelihood.

Added Donald, "We also want to thank our guests for their many thoughtful notes and overall outpouring of support. It is clear there is tremendous anticipation for a return to cruising. It's also encouraging to note that the majority of guests affected by our schedule changes want to sail with us at a later date, with fewer than 38 percent requesting refunds to date. Our booking trends for the first half of 2021, which remain within historical ranges, demonstrate the resilience of our brands and the strength of our loyal recurring customer base, of which 66% are repeat cruisers. In addition, we plan to stagger fleet reentry to optimize demand and operating performance over time."

The cruise industry is a significant contributor to the U.S. and global tourism sectors, according to the Cruise Lines International Association (CLIA), with economic impact in the U.S. exceeding well over $50 billion in total contributions. On a global scale, the economic output due to the cruise industry continues to produce new jobs and income, generating a total global output of over $150 billion and supporting over 1.2 million total jobs.