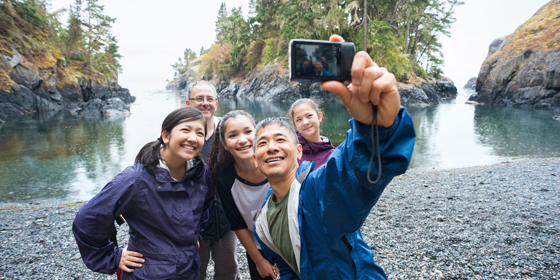 Workshops will take place in several regions of Canada as part of the 2018 Canada-China Year of Tourism.

OTTAWA – Tourism is an important economic driver and a fast-growing sector that supports more than 1.8 million jobs in Canada. The Government of Canada is committed to promoting and increasing tourism in Canada and to harnessing the full economic potential of this key sector.

To better support the tourism industry, the Honourable Melanie Joly, Minister of Tourism, Official Languages and La Francophonie, in collaboration with the Tourism Industry Association of Canada (TIAC), announced that a series of up to 10 market readiness workshops on welcoming more tourists from China will take place across the country over the coming months.

In the first six months of 2018, Canada welcomed over 300,000 tourists from China, a new record and an increase of more than 9 percent compared to the same period in 2017. This increase in visitors from China will lead to significant economic growth and the creation of good middle-class jobs in all regions of the country.

These workshops will help Canadian businesses improve their understanding of what Chinese tourists are interested in seeing when they travel, keep abreast of the latest trends in the Chinese market, and identify ways to better adapt existing tourism products to the Chinese marketplace. Priority for the workshops will be given to small and medium-sized enterprises in rural and remote areas that have an interest in expanding by taking advantage of the opportunities afforded by this market. The workshops are a key initiative of the Canada China Year of Tourism and will be provided free of charge.

The first workshop is scheduled to take place on October 17 in Iqaluit, Nunavut, during Small Business Week, an annual celebration of Canadian entrepreneurs and their contributions to Canada's economy. The Canadian tourism sector includes over 206,000 businesses -representing 5 percent of all business establishments in Canada- and employs over 736,000 people. In 2014, 99.9 percent of tourism businesses were small and medium-sized enterprises.

"Tourism is a key part of the Canadian economy and provides good middle-class jobs in communities from coast to coast to coast. I am excited to announce this series of China market readiness workshops geared to helping small and medium-sized enterprises in rural and remote regions of Canada take full advantage of this business opportunity" says the Honourable Melanie Joly, Minister of Tourism, Official Languages and La Francophonie.

"TIAC has been working toward increasing visitation from the Chinese market for many years. We have managed the Approved Destination Status program since 2010. We have participated in a number of China trade missions and provided China readiness training and audit programs to businesses and organizations across Canada. We are excited to move on to the next phase of programming in partnership with the Government of Canada to provide free China readiness workshops to tourism businesses in several markets across Canada. These sessions will make insights on Chinese travellers more accessible to Canadian SMEs and will help us in our efforts to reach the New Tourism Vision goal of doubling Chinese visitation to Canada by 2021" said Charlotte Bell, President and CEO, Tourism Industry Association of Canada.