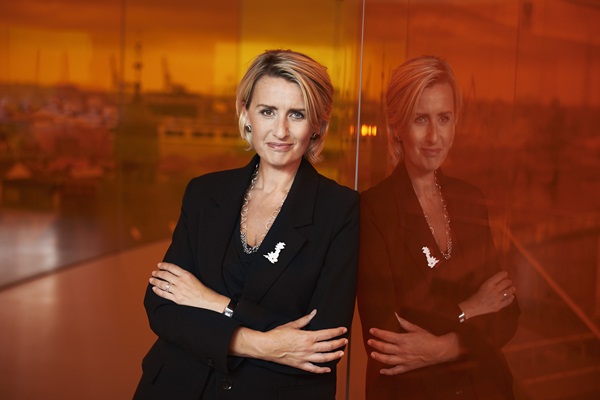 Denmark’s second city, Aarhus, is promising a spectacular programme of attractions for British and international visitors as British Airways launches its new direct route from London Heathrow to Billund (Aarhus South) on 3 May. The new link could not be better timed as Aarhus gears up for its year as European Capital of Culture in 2017.

“Visitors will be able to enjoy spectacular events, unique experiences and magical moments throughout the year,” said Rebecca Matthews, CEO of Aarhus 2017. ”We’ve put together a top quality programme that caters for every taste and it’s great news that British visitors will now have a new opportunity to fly here direct,”added Matthews, who is British herself.

Aarhus is a cultural metropolis, renowned for its festivals, museums and creative buzz. Its ARoS art museum is one of the largest and finest art museums in Scandinavia. The building’s roof is an artwork in itself, designed by Danish-Icelandic artist Olafur Eliasson. Called ”Your Rainbow Panorama”, it consists of a circular walkway offering stunning views over the city and its harbour.

The award-winning Old Town of Aarhus is within a stone's throw and takes visitors on a journey through the evolution of the welfare society. The nearby Botanical Garden is an oasis of calm, boasting a rich diversity of tropical plants from around the world.

Aarhus is one of the oldest cities in Scandinavia and was founded by the Vikings more than 1,200 years ago. The Moesgaard Museum, another of the city’s architectural gems, provides visitors with a wonderful insight into this story.

Aarhus is home to Denmark's youngest population, with the highest concentration of students in the country. This is reflected in the special atmosphere, vibrancy and energy that is felt everywhere in the city and especially in its many cafes.

With three Michelin-starred restaurants, Aarhus also has a world-class gastronomic reputation. Visitors can savour freshly caught fish and lobster from Aarhus Bay, potatoes from Samso, as well as sorrel, wild garlic and other fresh ingredients from local producers in the Central Denmark region.

With the new British Airways-route, Aarhus and the European Capital of Culture in 2017 is just a one-and-a half hour flight from London. Initially, BA will fly to Billund 11 times a week from London Heathrow Terminal 5.

British Airways unveils its new uniform to more than 30,000 colleagues

Airbus delivers its first aircraft produced in the USA