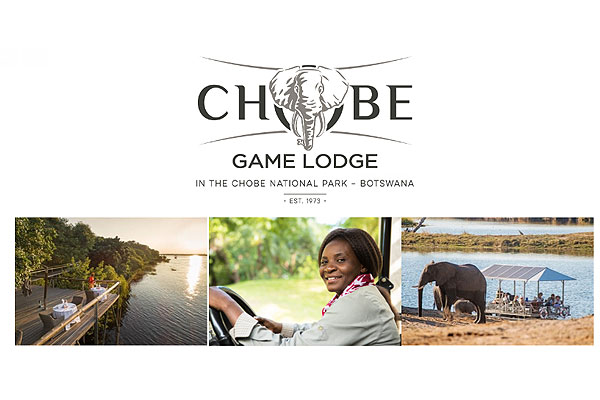 Desert & Delta Safaris is leading the charge in this revolution of the traditional African game viewing experience. Sustainable alternatives are core to its ethos of supporting the environment and the local community through cutting-edge innovation, as well as enriching the overall safari experience for all visitors.

Desert & Delta Safaris celebrates its 40th anniversary in 2022 and is changing the face – and the sound – of African safaris with its fleet of four game drive vehicles and five solar-powered safari boats. Fully converted from diesel power, the safari vehicles pack a serious performance punch while displaying quiet and unobtrusive behaviour. The gentle whirr of the electric vehicle does not bother the animals, which go about their business undisturbed while the routine gaps between drives are more than long enough for the full charge of a custom-converted game drive vehicles.

Quietly swaying through the African savanna of Botswana vast elephant herds are ambling along. Shy and skittish impala pause to linger along the water’s edge of the Chobe River. Hippo and crocodile relax nearby. Lions laze in the shade of Jackalberry trees while leopards sprawl in the branches, emblems of the genuine wilderness that exists in one of the most remote places on earth. Seated in one of Desert & Delta Safaris’ electric safari vehicles you will see all these sights close-up as never before at its flagship Chobe Game Lodge.

Desert & Delta Safaris is leading the charge in this revolution of the traditional African game viewing experience. Sustainable alternatives are core to its ethos of supporting the environment and the local community through cutting-edge innovation, as well as enriching the overall safari experience for all visitors.

The shift from fossil fuel to electricity creates zero emissions and has an impact on the natural environment as well as the safari experience itself. Breeding, biodiversity, and the absence of noise pollution are all directly or indirectly affected by the environmental benefits which accrue. This revolutionary development in the African safari industry was a first for the continent and led the way in new ecological and sustainability initiatives. Chobe Game Lodge is the only permanent game lodge in the Chobe National Park, situated along the Chobe River, and has been awarded full eco grading by the Botswana Tourism Board.

Conservationists and guides praise the vehicles’ battery life, too – they can take a half-day safari trip easily in their stride. Compared to its diesel counterpart, with its familiar chugging rattle and throaty presence, the electric vehicles are almost silent. The benefits are countless, with one clear advantage of being able to hear the sounds of the bush and the feeling of being more connected to nature, much like the feeling of a walking safari.

It's not just on land that electric vehicles are a major benefit to safari operators and visitors alike. Desert & Delta Safaris’ five electric boats have been setting the standard for eco-tourism in Botswana since 2014 when Chobe Lodge became the first lodge in the country to introduce an electric boat for river safaris.

Each high-specification boat is fully customised and bespoke and costs approximately $50,000 to convert. The electricity used is entirely renewable, supplied by a solar field that was specifically constructed to provide power to on-site electric game vehicles and contribute to Chobe Game Lodge’s main power grid.

These incredible boats are highly manoeuvrable, perfect for tranquil sunset cruises or viewing the abundant wildlife that inhabits the Chobe National Park. Wildlife roams in abundance during the dry season, and the electric safari boats provide guests with the opportunity to see vast herds of buffalo congregating on the fertile flood plains along the Chobe River to drink, bathe, and play. There are also frequent sightings of lions, African wild dogs, puku, red lechwe, sable, giraffes, and roan antelope.

Ensuring an exclusive and eco-friendly experience for guests is key to the CARES philosophy which is the foundation on which Desert & Delta Safaris is built. Developing human potential and building a sustainable tourism model while protecting and preserving the natural heritage of Botswana is at the forefront of the business.

Getting a payday loan for travel allows borrowers to cover expenses

Vennersys has partnered with Clevedon Pier to modernise their ticketing system