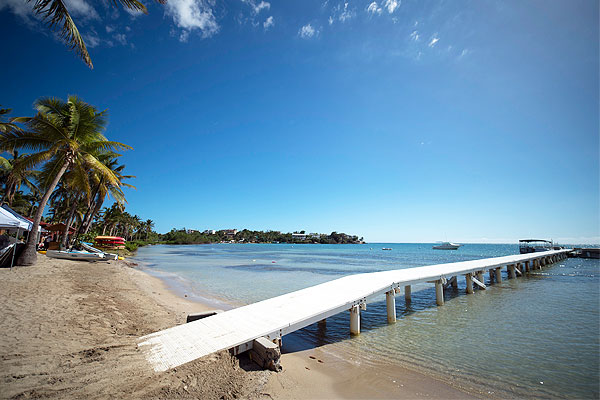 With year-to-date revenue of $445m. and 1.67m. passenger arrivals across the San Juan, Ponce, and Aguadilla airports, Puerto Rico is tracking towards a record-breaking year.

SN JUAN, PUERTO RICO – Discover Puerto Rico, the Island’s first-ever Destination Marketing Organization (DMO), celebrates its one-year anniversary, announcing that tourism is the strongest it’s ever been, as the destination tracks towards a record-breaking year. Year-to-date revenue is the highest in the Island’s history, with $445m. reported through May.  The Island has received 1.67m. visitors across the San Juan, Ponce, and Aguadilla airports in the first few months of this year, the highest number of airport arrivals in the January-April timeframe in the Island’s history.
“Despite the World Travel & Tourism Council (WTTC) estimating a recovery between 2021-2022, and New Orleans taking eight years to get back to pre-Katrina levels, we set an aggressive goal to fast-track the visitor economy at a record pace, for the benefit of local communities,” said Brad Dean, CEO of Discover Puerto Rico.
Since its inception last July, Discover Puerto Rico quickly embarked on a mission to reposition Puerto Rico’s brand, fully capitalizing on the Island’s rich tourism product to thrive as a leading Caribbean destination. The organization’s five major initiatives include:
“We’re thrilled to report that Puerto Rico’s tourism is the strongest it’s ever been. However, this is just the first step. Our ultimate objective is to put the transformative power of travel to work in Puerto Rico, by doubling the visitor economy, and continuing to benefit the Island's residents and businesses. It’s critical to ensure we have the right resources to continue this momentum,” said Brad Dean, CEO of Discover Puerto Rico.
The destination is seeing numerous enhancements to its product, drawing travelers to its growing list of experiences. The Island’s rich culture, cuisine, history, arts, music, and dance are unparalleled. It’s an Island filled with natural wonders, including the only tropical rainforest in the U.S. Forest Service, El Yunque National Forest, and three of the world’s five bioluminescent bays.
The Island has also become a hotspot in the Caribbean for the LGBTQ+ community with a culture of inclusivity, and a variety of attractions and nightlife.
And, with growing hospital developments on the Island, and the benefit of recovery in a tropical climate, the medical tourism sector will also be one of growth in the future.
Among Puerto Rico’s numerous and exciting future endeavors, are the 500-year anniversary of San Juan, with cultural events beginning in Fall 2019, the opening of District San Juan, a five-acre hospitality and entertainment district, destined to be the most vibrant in the Caribbean, and being named the host destination for the upcoming World Travel and Tourism Council (WTTC) 2020 Global Summit.
Follow TravelDailyNews International on Google News