Domestic trips are gradually rebounding around the world 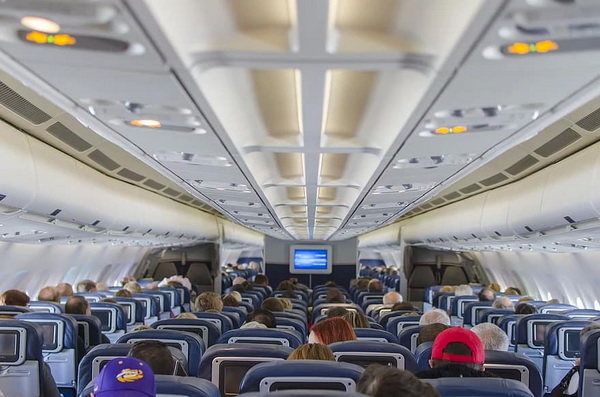 According to Eurocontrol, an organization dedicated to supporting European aviation, while on June first there were 5,087 flights, there were already 12,742 flights on July 2nd.

In May, Booking Holdings, the largest accommodation service provider, pointed out that more domestic bookings were taking place in comparison with international ones in countries where a tentative rebound had started.

A month later, another industry leader, Trip.com Group, posted a two-hour video launch called “Travel On,” to explain that travel is attractive, safe, and affordable. Trip.com CEO Jane Jie Sun said "China is back to normal” and the travel industry of Asian neighbors that have controlled the virus will also rebound, at first with domestic travel, then bilateral, before a vaccine eventually fully restores confidence.

According to Eurocontrol, an organization dedicated to supporting European aviation, while on June first there were 5,087 flights, there were already 12,742 flights on July 2nd.

Experts agree that domestic tourism offers the main chance for driving recovery and supporting the tourism sector. Its economy is significant and accounts for around 75% of the total tourism economy in OECD countries.

The predictions backed by a Skift survey in May, showed that 40% of Americans say their first post-COVID trip will be by car, within 100 miles of home. 26% will go over the 100 mile mark, but stick to the U.S., and to cars. Only 8% said they were going to leave the U.S, which shows that it will take a while to rebound international travels.

Travelpayouts, an affiliate network focused on traveling with over 250,000 partners, reached out to some of them regarding the current state of domestic travels. Brian Nevin from Omio, a search tool for the best travel options for European destinations, confirmed that the company has seen a shift over the past couple of weeks to local travelers. “As each country slowly reduces and lifts travel restrictions, the demand for travel has slowly increased alongside. With European borders open, there are now myriad rules and regulations to understand – an overwhelming experience for travelers. That’s why we have created the Open Travel Index. It's hard to say exactly which ones will recover the fastest over time. However, we have seen a spike in the major European markets in June. In particular, when restrictions are lifted further – DE, FR, UK, IT & ES of the countries recovering.“

According to Niall McDevitt, Managing Director of Auto Europe, mentioned a challenge of sanitizing the cars which adds up operating costs. He has also confirmed that domestic traveling is rebounding in some European countries. “Domestic demand is much better with countries such as Germany, Norway and Sweden and is pretty close to last year’s domestic levels. International traffic is also picking up especially into Portugal, Spain, Greece and Croatia mainly from Germany, Austria and Switzerland. We are also seeing a shot of recovery from France and the Benelux Countries. Overall, however, the demand is well down internationally, with even better traffic flows struggling to get close to 30% of last year’s volume.”

Maxime Feniger from Rail Europe mentioned that the company doesn’t expect the trend to be back to 2019 figures before 2022. For now, Europe may only be visited by Europeans and personal means of transport such as cars are likely to be preferred for security reasons. Besides, people are spending less money – “some travelers might be uncertain about their employers' capability to cope with this tough period and to keep their job, so they are still in saving regimes.”

While the market remains far from the previous year's volume, the overall rebound of domestic trips around the world encourages travel companies to plan for a positive scenario.

What Millennials want in meetings