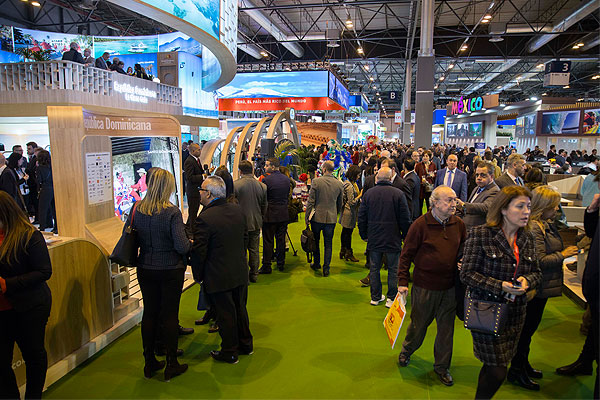 The country, a tourism leader in the Caribbean, with 6.2 million tourists in 2017, will have a large showcase to promote the destination, adding its brand to the FITUR brand. Its exuberant nature, eco-tourism, adventure and picture-perfect beaches, as well as good connections and economic growth, make this Caribbean country a pioneer destination, attractive for tourism investments and businesses.

This collaboration also contributes to creating a close relationship between the sum of the Dominican Republic and the International Tourism Fair, which will enable the new FITUR partner, a country that has long participated in the Fair, to take advantage and benefit even more from the event’s great promotional potential. Under the slogan “It has everything” the Caribbean country will set up an important international showcase to promote the destination.

The strong ties with Spain in language, culture and history, as well as the good commercial relations and air connections, make the Dominican Republic a destination packed with opportunities and in constant growth for the tourism industry. This industry represents 60 to 70% of the total Spanish investment in the island, with plans to increase in coming years, positively affecting the country’s economy and tourism development.

The “FITUR partner” initiative was implemented in 2016 and it provides Trade Fair participants with the chance to join a partner program, offering them the widest publicity and impact for their destination through its communication strategy.

A leader in Caribbean Island tourism
Tourist visits have continuously increased, to the point that it has made the Dominican Republic the leader in tourism in the Antilles archipelago. 5.9 million tourists were recorded between January and November 2018, which is a 6.2% inter-annual increase.

Cruise tourism is also going through a period of development and success, after registering a record number of 546,444 cruise passengers in 2017, with a very good forecast for 2018. “The Ministry of tourism estimates that by the end of 2018 we will have positive tourist numbers. The Dominican Republic is the favourite long-distance destination for Spaniards”, explained Karyna Font-Bernard, director of the Dominican Republic Tourism Office for Spain and Portugal. In 2017 a total of 173,065 Spanish tourists travelled to the destination, which takes up the Eastern two-thirds of the island that Christopher Columbus founded as Hispaniola.

The increase in the complementary offering, excursions and tourism attractions, as well as the noticeable increase of internal land, air and sea communications justify not only the inter-annual growth in tourism but also the interest of international investors in the destination. The increase and improvement of the hotels is one of the most significant indicators. Throughout 2018 over 7,000 new rooms were added to the accommodation offered by the Dominican Republic. Therefore, it is expected that the year will close having exceeded expectations regarding the number of tourists.

The Spanish groups are the ones best positioned in the destination and both the projects completed and the ongoing investments clearly show that the Dominican Republic is a firm choice for the future.

Top “eco-tourism” destination
Visitors at the Trade Fair will discover that this destination, bathed by the Pacific Ocean and the Caribbean Sea, has a green heart. Beyond its spectacular beaches, the Dominican Republic is vying for a top place in the eco-tourism destination ranking, meeting the expectations of adventure and nature tourism fans.

Mangroves, lagoons and natural wells, coral reefs and marine sanctuaries, dry forests and mountain ranges, among others. The diversity of eco-systems in the Dominican Republic provide it with an exuberant natural heritage, still largely unexplored by mass tourism. With 128 natural protected areas, which include 15 natural reserves, 32 national parks and unique locations, such as the Hoyo Azul wellspring, the Natural Park Los Haitises over the Samana Bay, the Padre Nuestro Ecological Trail that crosses through tropical rainforest or the Ebano Verde Scientific Reserve, with its crystal-clear spa, the country aims to diversify its tourism in the coming years.

“Our picture-perfect beaches, our colonial legacy and our unique criollo gastronomy are well-known by our visitors; therefore, we will now focus on also showing them the incredible biodiversity and variety of activities that they can enjoy outdoors, in the midst of nature and all year round, thanks to our tropical climate”, pointed out Karyna Font-Bernard.

FITUR Festivals increases its content at FITUR 2019
For the second year in a row the monographic section FITUR Festivals presents at FITUR 2019 an area aimed at strengthening connections between tourism and music festivals, in alignment with the new opportunities for growth and expansion of this segment for tourism activity. Because the live music industry is currently going through a good moment. In 2017 it had its fourth consecutive turnover increase, exceeding the 223.2 million euros collected in 2016, reaching 269.2 million euros, and exceeding the levels achieved in 2012. Part of the success is due to music tourism which, especially through festivals, has revealed itself as a top-level tourism attraction. Just the ten main Spanish festivals alone gathered up to 1,850,000 people.

In its permanent quest for specialisation, the International Tourism Fair, organised by IFEMA to be held from the 23 to 27 January at Feria de Madrid, will host in Hall 3 an added-value offering to promote festivals and the destinations that host them. This exclusive showcase, organised in collaboration with the Association of Music Promoters, APM, will combine the professional offer of the industry with content that is dynamic and interesting for the public.

FITUR Festivals will have an Exhibition Area where Turismo de Valencia, Turismo de Arona, Diputacion de Jaen and Las Palmas de Gran Canaria will once again be showing, in addition to Producciones RockNRock, among other participants- There will also be a Stage where some of the exhibiting companies will give their presentations, and where APM will organise four Round Tables that will discuss the challenges and opportunities for Festival tourism.

The first round table on “Destinations, receiving festivals and tourists”, will bring together tourism executives from several cities to talk about managing the relationship between festivals and tourism from an institutional point of view. A second session under the title “What promoters see: an opportunity” will be attended by concert and festival promoters to discuss the importance of tourism when creating a show bill and of offering complementary activities, in addition to explaining how the need to generate global experiences has grown.  There will be a discussion on “How festival tourism affects ticketing companies” at a third round table where several ticketing companies will discuss whether the tourism factor is important for their business model. What the challenges for these companies are, as they become increasingly global, with presence in several countries at the same time and selling all over the world. The last round table will focus on “The packaged experience, a choice to be explored” for an in-depth look at the trend set by many agencies and companies that have begun to create a path of specialisation at the crossroads between tourism and festivals. Full packages that include accommodation, travel, tickets and tourist visits. How hard is it for these companies to reach agreements with the various participants? What outlook do they have?

FITUR Festivals also launches the area FITUR Is Music, an eclectic and egalitarian music festival, organised by Planet Events, IFEMA and FITUR, that will be held on the 25 and 26 January 2019, in hall 1 at Feria de Madrid. The show bill for the first day will focus on rap and trap artists, from 7:00 pm to 3:00 am, with Natos y Waor, Denom, Cruz Cafune, The Zombie Kids, One Path, Albany and Ojo Ultimo. The second day, from 7:00 pm to 6:00 am, will offer an indie and electronic program with Mando Diao, Mastodonte, Delaporte, Mueveloreina, Carino, Miqui Brightside, Cheries DJs, Volver and Ganges.

Also within FITUR Festivals and to celebrate its 25th anniversary, the long-running specialised magazine MONDO SONORO has prepared a comprehensive program at its stand that includes, during the five days of FITUR, interviews with musicians and tourism agents that are linked to the world of festivals, as well as acoustic performances and content generated by its own channel, MondoTV, in addition to presenting the various activities comprised in its commemorative program.

Travelers have mixed views about pets on planes

Jamaica sees record arrivals and earnings for the Christmas period