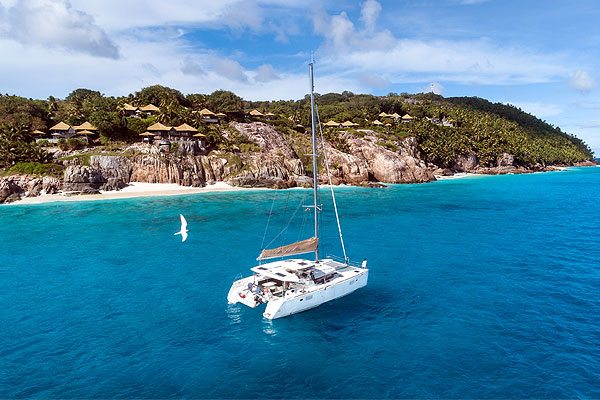 CLEARWATER, FL – Dream Yacht Worldwide, formerly known as Dream Yacht Charter, announced its new plans for 2023 as sailing vacations continue to gain popularity into the new year – including an increased interest in skippered and crewed charters.

One of the world’s leading ocean tourism companies and a pioneer in making sailing and sea travel accessible to all around the globe, Dream Yacht Worldwide offers the most destinations and one of the largest and most diverse sailing, yacht, and boating fleets in the world.

In 2023, the company will sail the world’s seas with a new name, new fleet additions, and is anticipating increased interest in skippered charters. Due to demand and industry research pointing to an increase in Marine tourism, Dream Yacht Worldwide will launch 150 news boats in the coming season of which 80% are catamarans. The company’s new catalogue of offerings will include Bali 4.4, Lagoon 51, and Excess 14 catamarans as well as the Bali Catsmart. Dream Yacht Worldwide will continue to offer sea travelers the option of crew support including a variety of skipper and hostess offerings to support sailors and non-sailors of all skill levels.

Since 2018, the number of catamaran charters rented with skippers to assist with sailing has more than doubled (+133%) in select destinations like the Mediterranean. During high season in the Mediterranean (June-September), more than one third of Dream Yacht Worldwide’s catamarans were rented with a skipper, which has been growing steadily over the past few years. In French Polynesia, 26% of year-round bookings were with a skipper in 2022; in the French Caribbean, 20% of bookings included a skipper option.

“Our customers come from around the globe to travel the world – the name change and rebranding was a shift to highlight that we are a worldwide company making sailing accessible to travelers and sea-enthusiasts of all abilities,” shared Dan Lockyer, Vice President of Global Tourism, Dream Yacht Group. “Sailing vacations continue to gain popularity as a different way of experiencing the world and bringing people together – Dream Yacht Worldwide wants to make the transformative experience of sailing as easy as possible for as many as possible by offering customizable experiences using the knowledge and expertise of our team of sea professionals.”

Founded in 2000, the company began as a six-yacht company based in the Seychelles. Today, the group employs more than 600 people in 31 countries and operates in 50 destinations worldwide, with a fleet of more than 900 monohulls and catamarans. Dream Yacht Charter offers one of the most diverse fleets and highest number of exclusive bases worldwide from the sugary white sands of the Caribbean to Europe’s thousands of islands.