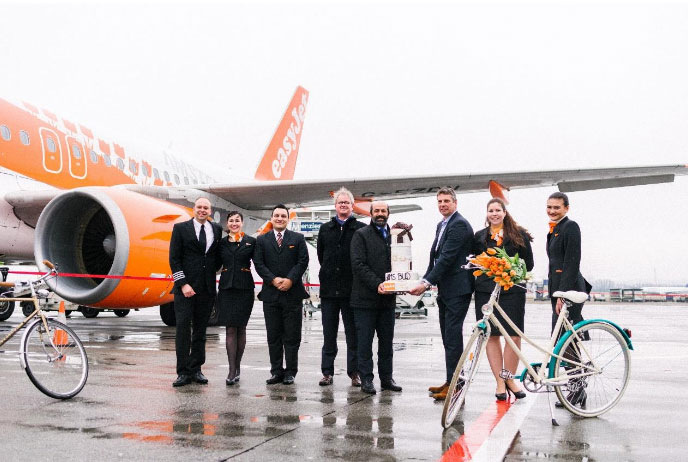 The low-cost carrier’s (LCC) three times weekly service to Amsterdam will be the airport’s second link to the Dutch capital city.

Budapest Airport celebrated its first new route of 2017, as easyJet launched its first link to the Netherlands from the Hungarian gateway. The low-cost carrier’s (LCC) three times weekly service to Amsterdam will be the airport’s second link to the Dutch capital city, providing an additional 500 one-way weekly seats on the direct service.

Welcoming the inaugural flight, Kam Jandu, CCO, Budapest Airport said: “easyJet’s operation is a great addition to our network, being our first low-cost service to Amsterdam and targeting a different passenger segment from KLM’s existing link. Last year we witnessed 26% growth on the route, proving the popularity of the city pair and the high demand for more choice and availability.”

William Vet, Commercial Manager, easyJet responsible for BeNeLux countries is optimistic: “We are happy to launch easyJet’s first Amsterdam-Budapest flight. With this year-round service, Dutch and Hungarian tourists, as well as business travelers, can fly between the two cities for an affordable price, using centrally located airports. The number of European cities directly connected with Budapest by EasyJet has grown to eight: London Gatwick, Berlin Schonefeld, Paris CDG, Lyon, Basel, Geneva, and Venice Marco Polo all being equally accessible for Hungarian passengers. The popularity of Hungary as a destination has steadily increased among Dutch tourists, and so we are confident that the route will be successful from our side too."