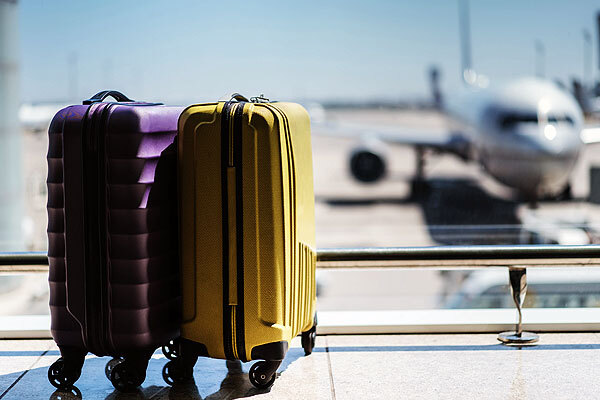 Global tourism arrivals will rise by 30% in 2023, following 60% growth in 2022, but they will still not return to pre-pandemic levels. The economic downturn, sanctions on Russia and, above all, China’s zero-covid strategy will be among the factors weighing on the industry.

The report finds that global tourism arrivals will increase by 30% in 2023, following growth of 60% in 2022, but will remain below pre-pandemic levels. The economic downturn, sanctions on Russia, and China’s zero-covid strategy will delay recovery.

Ana Nicholls, Director of Industry Analysis, EIU, says: “The tourism industry saw a strong recovery during 2022, and we expect that to continue in 2023, particularly if China starts lifting its zero-covid policy as expected. But the industry certainly won’t be immune to the economic slowdown. Costs have already risen sharply for fuel, electricity, food and staffing, and companies will have to pass those costs onto consumers who are already hurting from the higher cost of living. As a result, EIU has pushed back its forecast for a full recovery in international arrivals. We now don’t expect them to get back to 2019 levels until 2024, although the Middle East is one region that will be ahead of the curve.”

Tourism arrivals will rise by 30% globally
Last year, EIU expected global tourism arrivals to recover to near pre-pandemic levels by the end of 2023, as fear of covid-19 recedes and restrictions are lifted. However, Russia’s invasion of Ukraine in February 2022 and the accompanying political instability, global inflation and economic slowdown – as well as China’s strict zero-covid strategy – have dampened those expectations. We have now pushed our forecast for a tourism recovery firmly into 2024, with considerable turbulence likely in the interim.

Even so, the depth of the tourism slump in 2020-21 means that strong growth is nearinevitable in 2023 now that travel restrictions have been lifted in most countries. Globally, we expect pent-up demand for travel to drive growth of 30% in international tourism arrivals, taking them to 1.6bn. This follows growth of 60% in 2022, but will still not be enough to take total arrivals to their 2019 level of 1.8bn. However, the trajectory will differ by region. Much of the Middle East, buoyed by high oil prices, has already seen a full recovery, while Eastern Europe will have to wait until 2025 because of the impact of the war in Ukraine. Other regions will range in between, with most reaching a full recovery in 2024.

Chinese travellers will remain largely absent
While the war in Ukraine has delayed the tourism recovery, an even bigger factor has been China’s zero-covid policy. China accounted for around one-tenth of the world’s tourism departures before covid, but we now expect its borders to remain largely locked until at least mid-2023. There is even a risk that the zero-covid policy could be extended if the pandemic continues to be a threat. If all goes to plan, however, authorities will gradually take a less strict stance towards the virus, easing (but not lifting) mandatory quarantine measures and inbound travel controls. However, frequent mass testing of the population in big cities, and occasional lockdowns in smaller cities will continue to keep sporadic outbreaks from spiralling out of control.

In this scenario, we expect the number of outbound travellers from China to more than double in 2023, to around 59m. Even so, that would be only a little more than a third of the 155m departures in 2019, when China was the world’s biggest source of tourists. This reduced demand will primarily affect tourist destinations in Asia, including Thailand and Hong Kong, which used to be highly dependent on Chinese visitors. But the dampening effect will also be felt in Europe, the US and elsewhere. Even China’s domestic tourism – which also fell in 2020-22 – will be affected by the country’s economic slowdown. We expect GDP growth of “just” 4.7% for China in 2023, which will feel like a recession in a country used to strong growth.

Labour shortages and high prices will add to woes
Inflation will not only affect travellers in 2023, but also the tourism sector. Hotels, bars and restaurants are grappling with high food and energy prices, while airlines are contending with high fuel bills. Airlines also face increasing wage pressures amid a chronic labour shortage. After laying off staff during the pandemic, many companies have struggled to rehire. This lack of staff has caused airport queues and caps on passenger numbers, as well as flight cancellations and lost luggage in the summer of 2022. The chief executive of Heathrow (UK) has warned that problems will last until the end of 2023.

The UK faces particular issues, because Brexit has stemmed the flow of seasonal workers from the EU. However, there are also labour shortages across Europe and in the US, where employment in the leisure and entertainment industries is still nearly 1m short of 2019 levels. The economic slowdown should make recruitment easier if job losses mount elsewhere. Several countries, including New Zealand and possibly the UK, will also ease visa requirements. Even so, it will take time to replace skills lost during the pandemic. Moreover, this labour-intensive industry is also likely to see more disruptive strikes in 2023 as workers themselves demand higher wages to cope with the higher cost of living.

Airlines will edge closer to profit
Major airlines in the US cut costs throughout the pandemic by laying off staff, restructuring fleets and borrowing heavily. They also received big government bailouts, particularly in Europe, North America and parts of Asia. Loans, wage subsidies and deferred taxes collectively totalled US$243bn in 2021. Nevertheless, the International Air Transport Association (IATA) expects airlines to suffer a combined net loss of US$9.7bn in 2022, after losing around US$180bn in 2020-21.

Despite the difficult economic conditions, the signs for 2023 are brighter, and IATA suggests that airlines may even head towards profitability if travel rebounds as expected. One big risk will be fuel costs: although oil prices are now softening, they are priced in US dollars, and the dollar is strengthening against nearly every currency. As a result, US-based airlines are the most likely to be profitable in 2023, while airlines in other regions will struggle.

The impact of climate change will increase
Climate change has already started to have an impact on key tourism destinations, with ski resorts lacking snow and summer resorts affected by droughts and wildfires. In 2023 these impacts will become clearer if weather-related events continue to get more extreme. Indeed, back in 2009, the Association of British Travel Agents pinpointed 2023 as the key date for its sustainable tourism drive, which aimed to protect the environment and develop sustainable transport. However, not enough progress has been made—tourism now accounts for between 5% and 8% of global greenhouse gas emissions. Nepal is one country that is setting 2023 as the start of a new sustainable tourism drive.

Travellers’ awareness of the environmental consequences of tourism may also change their travel plans in 2023. According to the European Investment Bank, 37% of Chinese people, 22% of Europeans and 22% of Americans say that they will avoid flying because of climate-change concerns. Some of those who still want to travel will be prepared to pay higher prices for more eco-friendly options, or carbon-offsetting efforts. Regulators will pile on the pressure too. 2023 will see the conclusion of the voluntary pilot phase of the Carbon Offsetting and Reduction Scheme for International Aviation to reduce emissions from international flights. Eight more countries, including Cambodia, Cuba and Zimbabwe, will join, bringing the total number of participating states to 115.

Key risk scenario: A new pandemic or war could upend travel
The travel industry was the sector hardest hit by the covid-19 pandemic, with international arrivals and flights down by over 70% on 2019 levels in both 2020 and 2021. A new pandemic, or even a new deadly variant of covid, would therefore have the biggest impact on the sector’s recovery. It would deter China from reopening its borders, and could prompt other countries to reimpose travel bans. A widening of the Russia-Ukraine war could have an equally devastating effect. The war is already affecting the tourism industry in several ways: the loss of Russian and Ukrainian tourists, restrictions on airlines and the use of airspace, and higher food and fuel costs. However, a wider war would land a big hit to traveller confidence and disposable incomes, as well as new limitations on air routes.

Hotel pipeline down globally, except for Middle East & Africa