Newsletter
HomeRegional NewsEuropeEICC set for return to pre-pandemic level of activity in 2023, looks forward to hotel opening in 2025
Venues

EICC set for return to pre-pandemic level of activity in 2023, looks forward to hotel opening in 2025 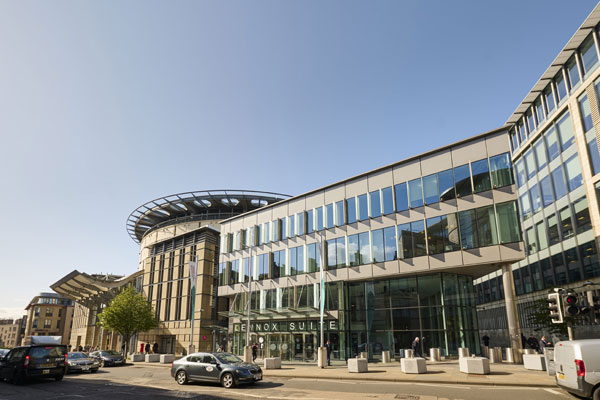 EDINBURGH – The Edinburgh International Conference Centre (EICC) is set for a return to a pre-pandemic level of activity in 2023.  The venue has experienced a strong rebound in association and corporate business, since reopening in September 2021, after Covid restrictions were removed, and this summer it was once again a primary venue for the Edinburgh Festival Fringe.

The EICC, which in recent years has hosted Barack Obama, climate conference Countdown Summit, and TEDSummit, is aiming to increase the level of North American MICE business as Edinburgh’s profile rises on the global stage. The EICC is featured this week alongside VisitScotland at IMEX America, the international trade show running at Mandalay Bay, Las Vegas between 11-13 October.

Scotland’s capital city has never been so accessible for North American business and leisure tourists. Airline operators like Delta have opened new routes into Edinburgh, including Atlanta, the airline’s largest US hub. This will give access to many other US destinations, while Delta has also extended the frequency of existing routes including Boston and New York JFK,

EICC CEO Marshall Dallas said: “Edinburgh, like Scotland, has so many close ties to North America. The city is experiencing record and well-documented popularity as a place to live, and a place to visit. When it comes to conferences and business events, in addition to our own venue, we have a multitude of historic sites in and around the city. Edinburgh also has an array of highly-rated hotels and restaurants, and incredible destinations within easy reach – the Highlands, Skye and the Hebrides islands, world renowned golf courses, and whisky distilleries.”

In June, the EICC announced that it had taken on the management and operations of Edinburgh’s Convention Bureau to help drive the city’s business events sector. Marshall Dallas added: “Taking guardianship of the Convention Bureau puts us in a positive position to help create a thriving future for Edinburgh as a business events destination – which in turn brings great benefit to the local economy and a multitude of city partners.”

Also in June, Hyatt Hotels Corporation announced that it has entered a franchise agreement with the EICC for a 349-bedroom Hyatt Centric hotel in the Haymarket area of the city. This upscale hotel, set to open in 2025, will be Hyatt’s first hotel in Scotland, and will address the delegate demand issues the EICC has historically faced. The hotel school and training academy will partner with Edinburgh College, providing a pipeline of qualified people for Scotland’s leisure and tourism industry.

In May, the EICC announced that it has secured a series of high-profile UK and international conferences for 2023, collectively bringing thousands of delegates to Edinburgh next year while providing millions of pounds of economic activity to the city and region.

Venue Expo comes to Scotland for the first time