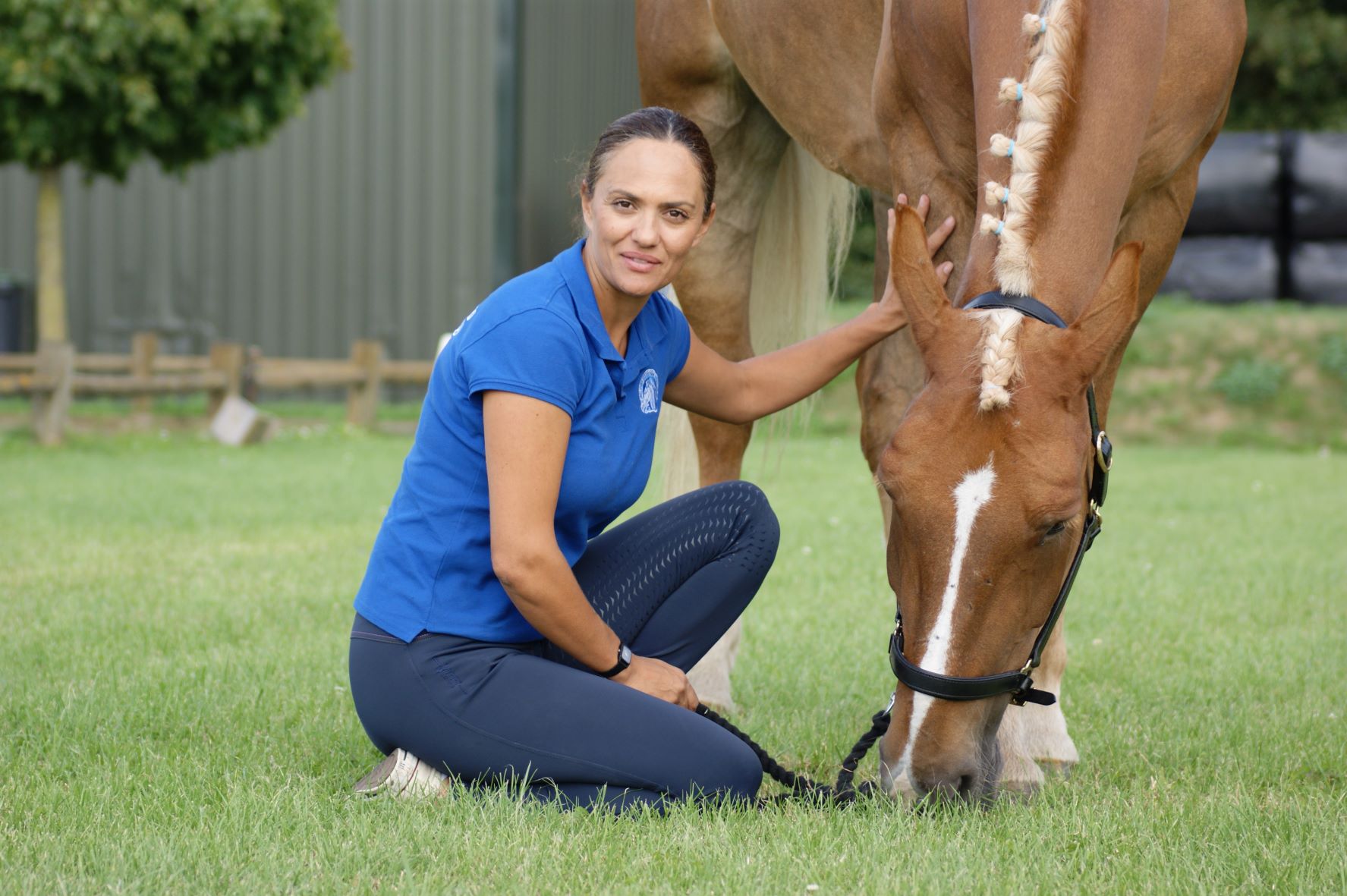 Marianna Grammatikaki at her Crete Riding Academy at Karteros Academy.

Crete Riding Academy is sending the first Greeks to compete in Para-dressage to the FEI World Equestrian Games next month.

An equestrian operation in Crete could bolster plans by Greece officials to extend the tourism season. Ultimately, an international outreach by a Palestinian riding club, collaborative training, and a friendly competition could kick-start major alt-tourism moves.

When Khaled Al-Afrangi contacted the Crete Riding Academy’s director, Marianna Grammatikaki, some weeks back, a friendly gesture turned into a beautiful adventure for young Palestinian equestrians and their contemporaries in Greece.

The director of the Palestine Equestrian Club told me last week wanted his club’s first trip to Europe to be meaningful and as carefree as possible. So choosing Crete, where Europe came of age, seemed like a no-brainer. Throw in Grammatikaki’s program’s reputation and some social media prowess on the part of Crete’s equestrian school, and a prototype for alt-tourism for Greece began to take shape.

Grammatikaki, whose family operates several of the island’s most successful service businesses, offered to host the Palestinian club for a week of cooperation. The collaboration culminated in a friendly jumping competition on Wednesday evening. In the runup to the competition and the gala that followed, Khaled Al-Afrangi, Grammatikakis, and her international team of coaches worked to enhance both the Palestine Equestrian Club and the Crete Riding Academy programs.

In the broader view, Greece has been trying to extend its tourism season for many years. However, up until recently, little headway was achieved. Transforming the country into a year-round tourism Mecca has been nothing more than an idea. However, new synergies are helping Greek regions and destinations move closer. Efforts by Tourism Minister Vasilis Kikilias, those of organizations like SETE, and regional entities seem to be working.

In May, Crete’s Governor Stavros Arnaoutakis, SETE President Yiannis Retsos, and Aegean Chairman Eftichios Vassilakis met in Chania. At that meetup, Retsos presented the national “Greek Tourism 2030 | Action Plans,” which outlined the need for further development of the country’s tourist product through 2030. Minister Kikilias was quoted at that time saying: “The new national strategy for tourism to 2030 focuses on the significant potential of Crete for further tourism development and a longer tourism period with the aim of developing city break, alternative and thematic products.”

Crete Riding Academy is sending the first Greeks to compete in Para-dressage to the FEI World Equestrian Games next month. Two of Grammatikakis’ students, Michalis Kalarakis and Dimitra Eleni Pantechaki, are also on the trail of the 2024 Paris Paralympics. These athletes began riding as “horse therapy” to help them cope with their disabilities. It’s Grammatitakis’ goal to extend Equine Assisted Therapies to a larger group of people. We talked with Khaled Al-Afrangi, who expressed a similar vision for his equestrian club. And therein lies another  attractive alt-tourism facet of Crete and Greece.

The Crete riding school has trained many talented equestrians in dressage. Now, with the arrival of Khaled Al-Afrangi’s jumpers to a jump competition in Crete, the Karteros school’s scope seems to have broadened even further. If extending the island’s touristic value is the goal, horse therapy, world-class equestrian training, unusual nature and trails, and the simple pleasure humans derive from these magnificent animals could be a bonanza.

Phil is a prolific technology, travel, and news journalist and editor. An engineer by trade, he is a partner in one of Europe’s leading PR and digital marketing firms, Pamil Visions PR.

He’s also a Huffington Post contributor on many topics, a travel and tech writer for The Epoch Times in print and online, and for several magazines including Luxurious.

Phil also contributes regularly to TravelDailyNews, The official Visit Greece Blog, and is an analyst for Russia Today and other media.

His firm has done all the content for Time Magazine’s top travel site Stay.com, as well as other online travel portals such as Vinivi out of France. He’s also a very influential evangelist of social media and new digital business, with a network of some of the most notable business people therein.