Newsletter
HomeRegional NewsEuropeEurope spent an average of 279bn. euros in 2016 on holidays
Trends 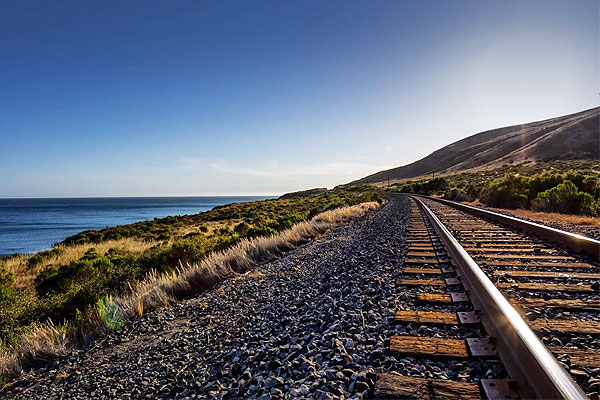 Italians topped travel spending at a total of 358.9 billion euros in 2016. Brits least likely to take a break in their own country. French least likely to travel abroad, with almost half claiming not to go abroad at all.

LONDON – Despite a year of economic uncertainty Europeans are still spending on travel according to Trainline, Europe's leading independent train ticket retailer.

As the biggest spenders it was also the Italians who clocked up the most trips away, taking an average of 5.4 holidays or short breaks a year; Germans took 3.8; the French 3.3 and the Brits took the least of all at 3.1 on average.

In contrast to the Italians, the French were happy to stay put with almost half claiming not to have travelled abroad. This trend was not reflected amongst Brits, who were the least interested in travelling in their own country in comparison to their European cousins. One in ten (10%) Brits did not travel within Britain at all, compared less than 1% of Italians (0.8%); 6% of Germans and 3% of French. Instead, Brits preferred to join the majority of Europe in heading to Spain, with almost a third of all age groups saying they visited the country in the past year and all nationalities, with the exception of Italy, chose it as the number one destination for 2016.

A Trainline spokesperson said; "The results of our survey mirror what we see in our travel bookings. Despite economic challenges we continue to see people travelling for leisure by train both at home and cross border, a clear sign that holidays and short breaks aren't seen as a luxury any nationality is willing to give up."

Why we go away
For a significant number of leisure travellers from the UK, France and Italy, the number one reason for going away was to 'discover somewhere new'. The exception to this was the Germans who preferred to travel so they could spend time relaxing on the beach.

It seems the French, Germans and Italians were far more interested in seeing nature and scenery than Brits, with almost half giving this as a reason for travelling, compared to just over a quarter of Brits (28%). Other popular motivating factors included food; sporting events and attending festivals.

Capitals Remain King
For European travellers, capital cities were still the main draw with London being the most visited city in the UK and almost 85% of those travelling to England visiting the capital city ahead of Liverpool, Manchester and Cornwall. For France, Paris was the most popular tourist attraction with 60% of people visiting; for Germany it was Berlin with almost half the tourists stopping by the capital (48%) and Italy it was Rome (41%). These popular destinations are quick and easy to reach by train with those travelling by rail valuing the ease, comfort, short travel time and the ability to get straight to the destination.

Family Breaks Most Popular in France
The most popular way for Europeans to travel on holiday was in a couple, followed closely by 'with the family'. Almost one in ten Europeans (10%) travelled alone. Despite the nation's romantic reputation; it was family, rather than couple holidays that came top in France (45% vs 35%) – the only nation where family travel was preferred to travelling a-deux.

Trainline arrives at Travelport to vecome its preferred rail provider

Onsite Property Management Association appoints new Chairman of the Board