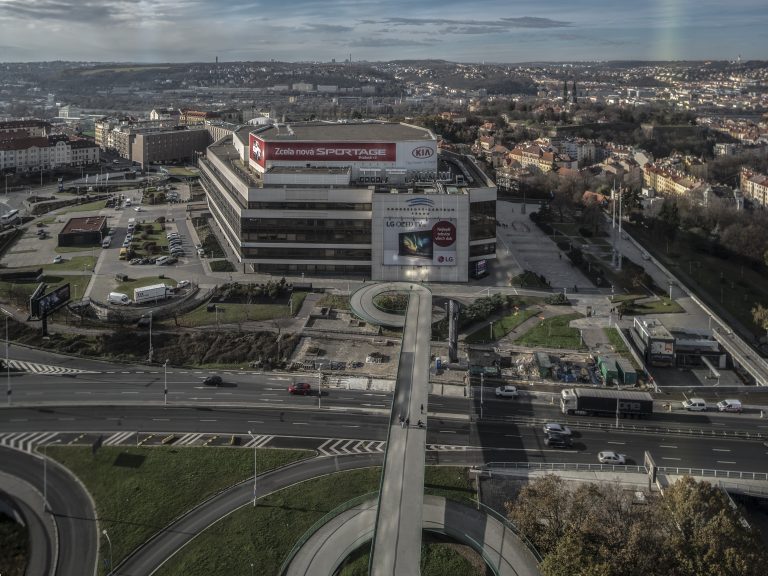 The New KCP international competition is looking for solutions for one of the most complicated, yet one of the most interesting locations of Prague – the space of the Congress Centre/s surroundings.

PRAGUE – The Prague Congress Centre announces the international two rounds architectural urban design competition for the proposal of an extension to the Congress Centre, consisting of needed exhibition surfaces and of the creation of quality public spaces in the site of the Pankrac square and its surrounding areas.

The New KCP international competition is looking for solutions for one of the most complicated, yet one of the most interesting locations of Prague – the space of the Congress Centre's surroundings. It invites architects, urbanists and others experts, to connect in their proposals, the architectural quality, connected to the new spaces of the Congress Centre, with a contemporary urbanism that is focused on the high-quality and the use of the public spaces.

"From an economical point of view, the convention tourism is very important for the city, but currently, the Congress Centre does not fulfil its full potential and that represents a loss for the whole city of Prague. I am convinced that the architectural competition for the new exhibition spaces is the adequate generator in making the Congress Centre once again a competitor to Vienna, Berlin or Munich," says the Mayor of Prague.

The Congress Centre requirements are commented by the general director Roman Ray Straub:  "When it is decided upon where should the biggest conferences occur, the cities of Vienna, Berlin or Paris are the ones to be selected, though we have also competitiveness in the Czech Republic. We do not want to be somehow bigger or just spend some money, but we in fact really need an extension, especially for the accompanying exhibitions, without which today a convention or similar events cannot occur. Thanks to conventions, the city receives new businesses, money, as well as other opportunities. I think that with this extension we will be able to offer something to the Prague 4 city district as well as to the whole city of Prague – open it towards culture, schools and other activities."

This is confirmed by Prof. MU Dr. Vladimir Tesar, DrSc, MBA, FERA, FASN, Head of the Nephrology Clinic 1.LF of the Charles’ University and of the General University Hospital in Prague and the patron of the Ambassador Programme Prague Convention Bureau: “The expansion of the exhibition space would solve the last obstacle which prevents the Prague Congress Centre to rank among the top European congress centres and it would ensure the regularity of returns of major European conventions to one of the top European destinations."

All the actors involved understand this competition as an opportunity to re-embrace the city – instead of a purely pragmatic placement of a large volume, they wish to come up with a solution that would be flexible, sustainable, of a high-quality, and this both from the architectural perspective but also from an urban and traffic aspect, that would lead to a fully-fledged integral part of the contemporary European city. "We are glad that we have high-quality architects in the jury, but the good competition result is also of high interest for the capital city of Prague and for the Prague 4 district, that have also their representatives in the jury panel. We expect that the new extension will be in concordance with its surroundings and that it will represent an agreement between the investor and the city. We do not want to build strictly an exhibition hall, but spaces which would have a broad use," adds the Prague Congress Centre chairman Radim Haluza.

Together with Roman Ray Straub and Radim Haluza, both representing the KCP, the jury comprises also the Mayor of the Capital city of Prague Adriana Krnacova, Marek Kopec from the IPR Prague, the Prague 4 City Councillor Alzbeta Rejchrtova and architects with strong practical experience as well as competitions. The chairman of the jury will be Petr Hlavacek from the studio Headhand architects. Elia Zenghelis, originally from Greece and the co-founder of the world famous studio OMA, the Swiss architect Mathias Muller from EM2N will also be part of the jury. The expert part of the jury will also be completed by Ivan Kroupa from the studio Ivan Kroupa architekti, the head of the Bogle Architects' Prague office Viktorie Souckova and Tomas Koumar from the studio EHL & KOUMAR ARCHITEKTI.

The competition consists of two rounds – the deadline hand-in for the proposal in the first round is the 17. 3. 2017. It will be completely anonymous and announced both in Czech and in English. It is assumed that 6 proposals will be selected for the second round. The authors will have till the 30. 6. 2017. The results will be announced with the exhibition of the competition proposal in the middle of holidays.

The three best proposals will be awarded. The first price will be 1 000 000Kc, for the second place, the third place and the non-awarded proposal of the second round, will have a sum of 2,000,000 Kc divided between them.

The Prague Congress Centre was awarded the Czech Business Superbrands 2018