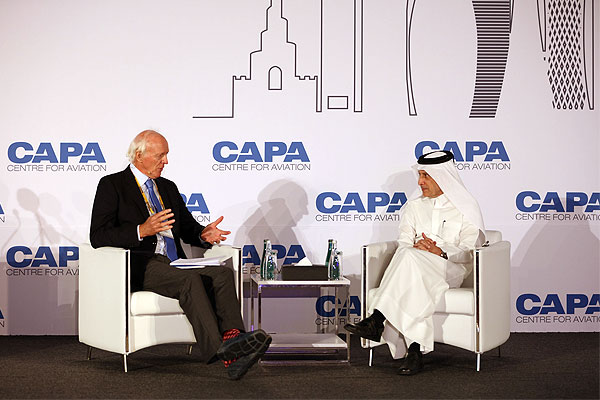 Over 40 high-level industry experts will speak at the summit, taking place in Doha from 5-6 February 2020. Qatar Airways Group Chief Executive will be joined by leaders from the European Parliament, European Commission, U.S. Department of Transportation, IATA, AFRAA, AACO, TIACA, IAG and other airline CEO’s and experts, in speaking at the two day event.

DOHA, QATAR – Following the success of last year’s CAPA Qatar Aviation, Aeropolitical and Regulatory Summit, the first summit of its kind held in the Middle East, Qatar Airways looks forward to welcoming industry leaders, national regulatory authorities, international and regional aviation organisations, and air transport executives from around the world to Doha next month for the second edition.

This important summit will see senior aviation decision-makers from across the public and private sector gather for two days, from 5-6 February 2020, to discuss the latest issues and developments regarding international aviation regulation.

Qatar Airways Group Chief Executive, His Excellency Mr. Akbar Al Baker, said: “Given the complex global regulatory environment airlines operate in, I am pleased that this Summit will gather high-level industry experts from both the public and private sector to engage in meaningful discussion on the issues and challenges faced by our industry.”

CAPA – Centre for Aviation Chairman Emeritus, Peter Harbison said: “With vastly different aviation regulation across the globe, it is essential that we continue an open dialogue on the issues and opportunities that come with open skies and market access. We are pleased to partner with Qatar Airways again this year to provide this high-level platform of discussion for senior decision makers across the industry to engage and learn from each other.”

A multiple award-winning airline, Qatar Airways was named ‘World’s Best Airline’ by the 2019 World Airline Awards, managed by the international air transport rating organisation Skytrax. It was also named ‘Best Airline in the Middle East’, ‘World’s Best Business Class’, and ‘Best Business Class Seat’, in recognition of its ground-breaking Business Class experience, Qsuite. It is the only airline to have been awarded the coveted “Skytrax Airline of the Year” title, which is recognised as the pinnacle of excellence in the airline industry, five times.