European hotel industry: Robust fundamentals with pockets of opportunity in 2020-21 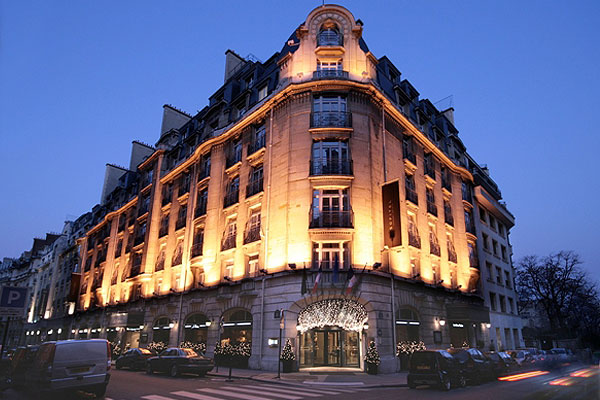 The European hotel industry remains robust with strong fundamentals, albeit with certain areas of concern and pockets of opportunity across the continent.

According to latest HVS report by writers Charles Human and Peter Szabo, with the IMF forecasting 1.5% GDP growth for the European Union in 2019, the European economy will be recording its seventh year of expansion in the current economic cycle. As one indicator of hotel demand growth, the EU average is raised by the growth of Eastern European countries such as Poland (4%), Hungary (4.6%), and Romania (4%), while Western Europe is expecting milder growth in the 1% to 1.5% range.

The unusually long growth cycle has also resulted in unemployment rates falling to all-time lows across the continent. A critical input for the hotel industry and a measure that is increasingly impacting labour costs, unemployment rates are below 4% in many European markets including the United Kingdom (3.8%), Germany (3.2%), and the Netherlands (3.3%).

Somewhat worryingly for the European hotel industry, unemployment rates are at record lows in Eastern Europe too, labour markets on which many Western European countries have relied upon in recent years as sources of migrant labour.

However, the fundamentals of the European hotel industry remain strong: key hotel markets such as London, Paris, and Rome are generally supplyconstrained and continue to show significant demand growth both from within the continent and from overseas visitors. As a result of these wider economic and tourism trends, the European hotel industry has seen demand-led RevPAR growth in 2019 and managed to maintain profitability levels despite pressure on margins through increasing wage costs.

In terms of top-line performance, the further east and south one ventures, the larger the RevPAR increases have been this year. According to STR, RevPAR across Europe rose between 1.3 and 4.1% in the first three quarters of the year, with Q2 showing the strongest growth at 4.1%. While the data masks underperformance in some cities, late recovery markets such as Milan, Madrid, and Vienna have grown at or above 8% this year.

Other star performers include Brussels and Barcelona, both markets that are recovering from political instability in recent years.

However, supply growth has had a negative effect on certain Western and Northern European markets such as Dublin, Frankfurt, and Copenhagen, all if which are recording lower year-to-date RevPAR levels than in 2018.

Supply increases have outpaced demand growth in these markets, with more new supply expected over the next few years.

As a result of the decade-long low interest rate environment in Europe, institutional investors searching for yield have continued to show increasing interest in European hotels in 2019. According to RCA, as of November 2019, European hotel transaction levels had increased by 2% compared to last year. Showing a clear shift compared to the previous year, leased hotels (the lowest risk operating model primarily preferred by institutional investors) constituted some 40% of transactions, compared to approximately 20% last year.

With European income growth outpacing inflation, the increase in purchasing power combined with the continued growth of inbound visitation are likely to support continued demand growth for hotels in the near term.

However, certain European markets are expecting significant new supply until 2022, which is likely to put pressure on top-line performance in the short-to-medium term. Cities such as Copenhagen, Warsaw, Frankfurt, and Dublin are particularly at risk, with an increase of above 15% in new hotel rooms over the next three years.

As a general trend across Europe, labour cost increases are anticipated to continue given the record low unemployment rates in most countries. While Southern Europe still has room to increase employment levels, it is expected that these countries will also experience wage inflation, as they increasingly must compete with Western European salary levels.

Although more difficult to identify obvious growth opportunities in Europe, investors are still finding pockets of opportunity in the European hotel investment market, and hotels continue to outperform other asset classes. Capital markets are expected to remain active going forward, with steady investor demand driven by continued low interest rates and the availability of debt across all project types (including developments).

As hotel ownership has shifted towards longer-term, institutional investors in recent years, the lack of available stock for sale is likely to be even more visible in 2020. This in turn will exacerbate the mismatch between the amount of capital looking for investment opportunities and the number of suitable investment opportunities, which may result in 2020 transaction
volume to be below that of 2019, with yields potentially falling even further.

Within the context of such a varied and nuanced European hotel investment landscape, we expect larger differences in investment outcomes, as market-specific factors will have an increasing influence on hotel performance. As such, adequate information and advice from hotel experts such as ourselves will continue to be of value to investors in evaluating investments opportunities in the European hotel space.