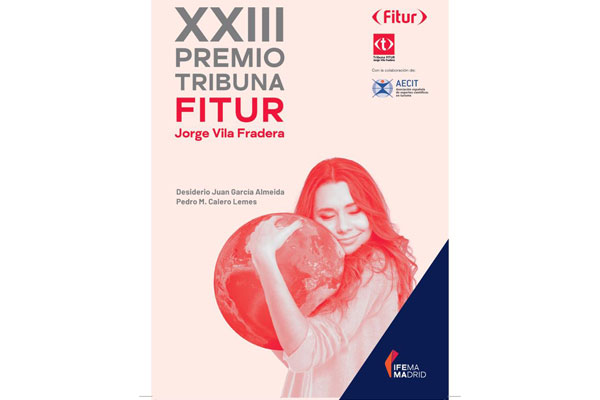 Entries for the 24th edition of the Award must be submitted by 15 December 2022. The winner will be announced at the next edition of FITUR 2023, which will be held from 18 to 22 January and organised by IFEMA MADRID.

MADRID – The winning work of the 23rd FITUR–Jorge Vila Fradera Tribune Award, which is awarded annually by FITUR in collaboration with the Spanish Association of Scientific Experts in Tourism, AECIT, in recognition of academic research related to the tourism sector, has been published and is available on the International Tourism Trade Fair website.

With the title” Analysis and impact of immigrant entrepreneur knowledge and innovation in the tourism industry"", by the authors Pedro Manuel Calero Lemes, from the Tourism University School of Lanzarote, and Desiderio Juan García Almeida, from the Department of Economics and Business Management of the University of Las Palmas de Gran Canaria, this work focuses on describing the sources and origins of immigrant entrepreneurs’ knowledge of the tourism industry according to what they need to start up, operate and manage their new tourism businesses in the destinations. The work studies the level of innovation of new immigrant businesses in the tourism industry and analyses the impact of this innovation on the industry’s business performance. It also analyses what influence immigrants’ knowledge sources have on the innovations developed in their new ventures in the sector.

Call for entries for the 2023 FITUR-Jorge Vila Fradera Tribune Award
FITUR has also launched a call for entries for the 24th edition of this award on its website, which once again and in collaboration with AECIT, is aimed at the entire scientific community, with the objective of promoting, encouraging and publicising the best works in the field of tourism industry research and improving competitiveness through knowledge. Entries should be sent to [email protected] before 15 December 2022 and the winning entry will be announced during FITUR 2023, which will be held from 18 to 22 January next year, at IFEMA MADRID.

A Technical-Scientific Committee, chosen by AECIT, will select up to four finalist works that will be presented at the technical conference organised by AECIT during FITUR. Entries submitted in previous editions will not be accepted. The work which is finally selected will receive the FITUR Jorge Vila Fradera Tribune Award, and it will be published in Spanish and disseminated among the academic community and the world of training.

Tremendous success for the tourism industry at FITUR 2023