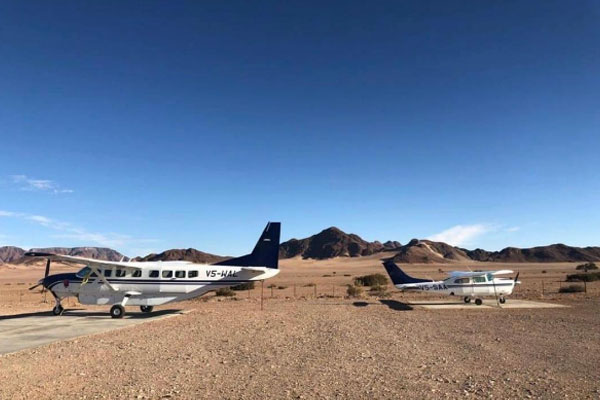 NORFOLK, VA. – New Year’s is the peak time to book for the 2023 African safari season, and PETA is announcing the recipients of its inaugural Animal-Friendly African Safaris Award, recognizing safari companies that offer wildlife viewing on protected reserves or in national parks and, among other considerations, maintain a respectful distance from wild animals and guide small groups at specific times of the day in order to minimize stress to the animals.

Here are the winners of PETA’s Animal-Friendly African Safaris Award:

Alluring Africa, Winter Park, Forida
Alluring Africa has partnered with Vegans, Baby CEO and founder Diana Edelman, who has designed a luxury itinerary that introduces guests to diverse vegan cuisine and conservation-focused experiences. One of the company’s safari camps operates on the 320,000-acre Selinda Reserve – a former hunting reserve – which boasts a flourishing wildlife population. The area is home to large prides of lions, hyenas, leopards, and cheetahs, and guests stay at a safe distance to observe the animals as they enjoy life in their natural home.

World Vegan Travel, Squamish, British Columbia, Canada
World Vegan Travel’s tours offer a wide variety of destinations, and activities are catered by vegans, for vegans. Its tours include guided wildlife-viewing walks through a forested primate sanctuary, an afternoon river cruise to observe birds and monkeys, a tour of the largest aviary in the Southern Hemisphere, and lessons in rhino conservation. Guests are also invited to learn how to prepare traditional African plant-based cuisine, courtesy of a local vegan chef.

Kings Camp, White River, Mpumalanga, South Africa
Kings Camp offers a luxury safari experience with a certified vegan hospitality consultant to ensure that guests’ every need is met. The camp is located in the Timbavati Private Nature Reserve, facing an open savanna plain with an active waterhole visited by a wide variety of wildlife. Guests are invited to visit the Moholoholo Wildlife Rehabilitation Centre, a haven for abandoned, injured, and poisoned wildlife, including lions, rhinos, and leopards.

Vegan Safari Africa, Boseja, Maun, Botswana
One of the featured lodges on this safari, the Deception Valley Lodge, was once a collection of eight cattle farms that were rewilded by removing the fencing and creating corridors for migration, naturalizing waterholes, and allowing roads to become overgrown so that wildlife could thrive again. Vegan owner Helene Forward visits all the safari lodges to ensure that they are vegan-friendly and personally trains the chefs for the mobile camping safaris.

Air Safaris 269, Cape Town, Western Cape, South Africa
Vegan owner and pilot JC De Klerk personally ensures that his tours are 100% vegan, including vegan versions of traditional meals such as braai (South African BBQ) and melktert (custard pie). Travelers can choose from 14 packages that allow them to view animals in their natural habitats by air and on land, visit a rehabilitation center for previously captive African big cats, and learn about research into African wild dog populations.

“These safari companies are winners because they offer cruelty-free adventures that respect animals enough to let them live in peace and they make sure guests’ food and toiletry choices are animal-friendly,” says PETA President Ingrid Newkirk. “PETA urges travelers to do their research and choose safaris that respect animals and never allow harmful, hands-on encounters.”

Studies show that a quarter of safari guests are now either vegetarian or vegan, and safaris that allow the observation of animals in their natural habitat – instead of forced interactions – are on the rise. Meanwhile, trophy hunters, who spend $50,000 or more to travel to Africa to kill native wildlife, are being left in the dust, as more people prefer to “shoot” animals with cameras, not guns.

Dry winter months (generally June through September) are ideal for going on African safaris. It’s recommended that people book these trips about six months to a year in advance.

Marriott gets flak for wild-animal displays