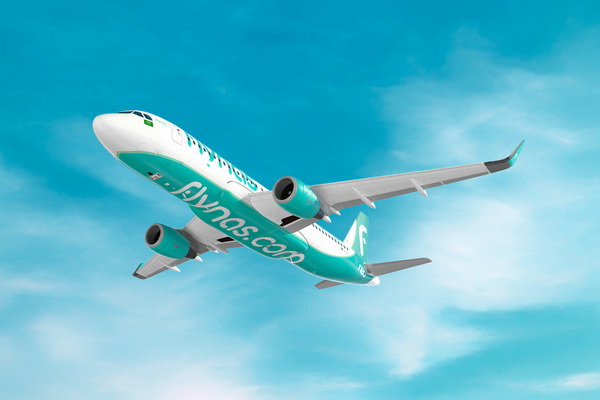 RIYADH, SAUDI ARABIA – flynas, the Saudi carrier and leading low-cost airline in the Middle East, announced the launch of direct flights between Jeddah and the Uzbek capital Tashkent, starting from September 15.

Two direct weekly flynas flights will connect Jeddah and Tashkent, departing on Monday and Thursday from King Abdulaziz International Airport in Jeddah back and forth, and reservations were opened.

Launching the direct flights between Jeddah and Tashkent comes after flynas signed a memorandum of understanding with the Uzbek Ministry of Transportation last month on the sidelines of the Saudi-Uzbek Business Council meeting in Jeddah. The memorandum strengthens relations in the field of air transport to operate direct flights between Saudi Arabia and Uzbekistan, aiming to facilitate the transportation of pilgrims and Umrah performers and facilitate the movement of citizens from the two countries for investment and tourism purposes.

This comes in light of flynas' expansion strategy and its plan launched at the beginning of the year under the slogan "We Connect the World to the Kingdom" and after the growth achieved by the company in all its operations during the first half of 2022.

flynas succeeded in scaling up its fleet to 38 aircraft in June 2022 compared to 25 aircraft in January 2021, an increase of 52%. Meanwhile, the number of passengers on its flights increased to about 4 million passengers during the first half of 2022, up from about 1.8 million in the same period last year, an increase of nearly 120%.

The Saudi carrier connects more than 70 domestic and international destinations and, since its establishment in 2007, has transported more than 60 million passengers.

Recently, flynas has achieved the highest rating in the non-profit organization APEX' Official Airline Rating and ranked in the 4-star low-cost carrier category, the highest category of low-cost airline among 600 companies globally.

flynas to launch first direct flights between AlUla and Cairo