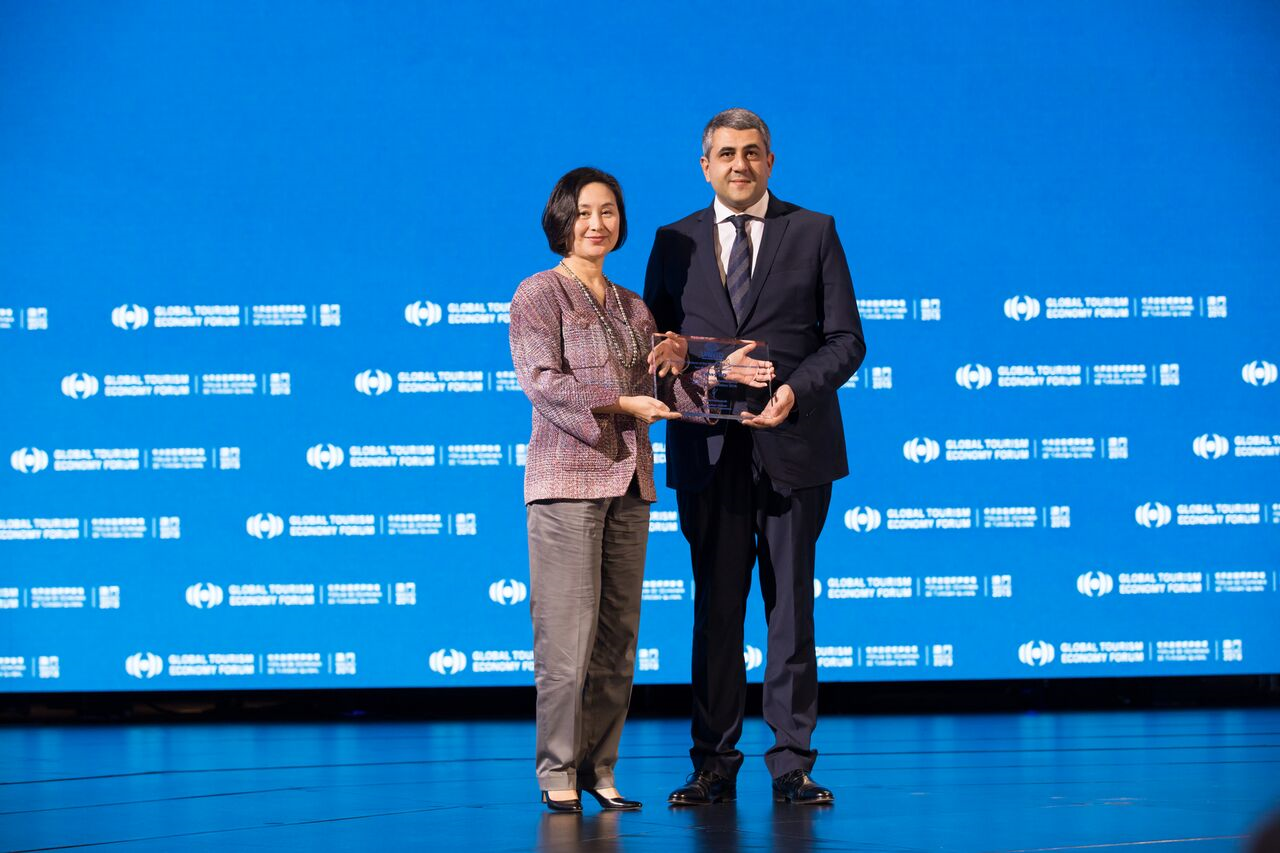 The appointment was announced by Mr. Zurab Pololikashvili, Secretary-General of World Tourism Organization (UNWTO) during the Opening Ceremony of the 2018 edition of the Global Tourism Economy Forum in Macao.

Mr. Pololikashvili announced the appointment and said, “Ms. Pansy Ho, acknowledging your efforts and contribution to our work in your capacity as Chairman of the Global Tourism Economy Research Center, I wish to appoint you a ‘UNWTO Tourism Ambassador’. Thank you for supporting us.”

Ms. Ho founded GTERC in 2011 and GTEF in 2012. GTEF has since become an annual tourism event in Macao, effectively playing the role as an international tourism exchange and cooperation platform. Under the auspices of the All-China Federation of Industry and Commerce and in collaboration with UNWTO, the Forum champions sustainable development of global tourism with a focus on China. Collaborative highlights between GTEF and UNWTO over the years include the “Face to Face, Ministers and Private Sector CEOs” session since GTEF 2013, the annual UNWTO/GTERC Asia Tourism Trends report since GTEF 2014, and GTERC’s proud sponsorship of the 2017 International Year of Sustainable Tourism for Development (IY2017).

Ms. Ho also actively participates in the world’s leading tourism organizations. She is Executive Committee Member of World Travel & Tourism Council (WTTC) and Vice Chairman of China Chamber of Tourism (TCC). She is also the first official PATA Foundation Ambassador and the first Ambassador for the Louvre in China.

Speaking of the accolade, Ms. Ho expressed, “The ambassador honor is indeed a recognition and affirmation of the efforts of GTERC and GTEF to facilitate global tourism cooperation. Rooted in Macao, the Research Centre and the Forum have continued to receive support from UNWTO, and have in turn continued to create new offerings and inspire innovations and creativity for this vibrant international tourist city. We are extremely honored to shoulder the mission of reshaping our future in a new era through tourism.”

Under the theme of “Strategic Partnership in a New Era, Rising Momentum for a Shared Future”, GTEF 2018 presents the European Union as its Partner Region and Guangdong as its Featured Chinese Province with a special focus on the Guangdong-Hong Kong-Macao Greater Bay Area. Attended by over 1,500 tourism ministerial officials, industry leaders, experts, scholars and participants from across the globe, the two-day programme is packed with thought-provoking discussions and exchanges, as well as networking, investment and cooperation opportunities such as business matching with nearly 200 enterprises and organizations, presentation and exhibition featuring 20 enterprises and organizations.