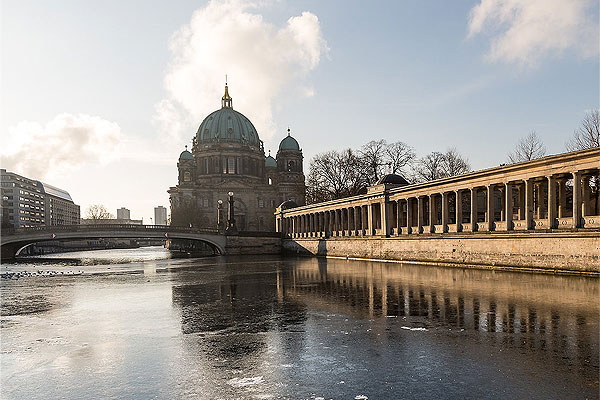 Berlin attracts increasing numbers of visitors: 13.96 million visitors (+ 3.4 %) and 34.12 million overnight stays (+3.8%). Visitors from Germany up by almost five per cent over the previous year.

Germany’s capital city was especially popular with domestic tourists. Berlin was visited by approx. 8.5 million people from within Germany (+4.7%), accounting for 18.6 million overnight stays (+4.7%) in the city. In contrast, although Great Britain remained the largest inbound market, the development here was negative, also due to the influence of Brexit. Tourists from the UK accounted for nearly 1.6 million overnight stays, down 6.5 % over the previous year. However, double-digit growth rates from strong volume markets such as the USA, Spain and Italy often counteract a general negative development.

“Berlin remains a magnet for people from all across the world. In times of the climate crisis, there is also a growing interest in our city especially from visitors within Germany,” noted Ramona Pop, Senator for Economics, Energy and Public Enterprises. “With its outstanding cultural and arts scene and diverse neighbourhoods, Berlin is very attractive for visitors. We are particularly supporting the city’s boroughs, both to enhance the experience value for visitors and, at the same time, the life quality of Berlin’s residents – in tune with the aim of city-compatible tourism.”

“Thirty years after the fall of the Wall, Berlin has firmly established itself in the ranks of the global leaders among city destinations with over 30 million overnight stays. The ingredients in this success are an atmosphere of freedom and tolerance, an unparalleled urban cultural landscape, and a network of partners whose cooperation is exemplary,” said Burkhard Kieker, CEO visitBerlin. “At present, the Coronavirus represents a major challenge for the tourism sector. But,” Kieker continued, “we are not anticipating any severe effects overall on the development of tourism in Berlin.”

Berlin is well prepared for 2020
With its Tourism Plan 2018 +, Berlin has an innovative, long-term strategy in place for further developing tourism in Berlin and ensuring a city-compatible structure.

When the new Berlin Brandenburg Airport (BER) opens on 31 October 2020, this will give a positive impulse to tourism and the economy. Moreover, Berlin traditionally has a very strong congress, meetings and trade fair sector. Experience shows that this sector accounts for around 30 % of all hotel occupancy rates (Note: The official congress statistics for 2019 will be presented in the second quarter of 2020).

The opening of Messe Berlin’s new multifunctional hall hub27 has already created more space for conferences and congresses. In autumn 2020, the Estrel Hotel in Neukolln will be starting its expansion programme with work on the Estrel Tower, as well as a new Elstrel Auditorium as additional event space. With such innovative products as Sustainable Meetings Berlin and Meet+Change, the visitBerlin Berlin Convention Office portfolio also provides a range of attractive services for congress and event organisers.

visitBerlin Berlin Tourist Info Centres attract 1.8 million visitors
In the past year, the six Berlin Tourist Info Centres were visited by a good 1.8 million visitors to the city. At present, visitBerlin operates three free apps, issues 16 publications in up to five languages, and has over 2.2 million followers on a current total of nine social media channels.

Bestival 2022: Berlin invites to the international festival of the tourism and event industry

IMEX Frankfurt: Berlin presents new sustainability services and invites to the “Bestival” in the German capital

Socially responsible travel at ITB Berlin: ’Corals and Reefs’ among the key topics