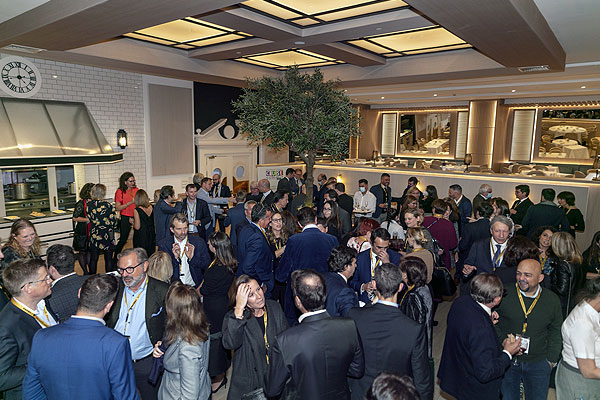 Cruise lines look to 2023 with excitement at record bookings, but with challenges in sustainability and operating costs to be in the spotlight at the International Cruise Summit.

MADRID – On 15 and 16 November, the most important international professionals in the cruise industry will be meeting in Madrid for the twelfth edition of the International Cruise Summit, the prestigious congress that brings together the sector every year at the Hotel Meliá Castilla.

The cruise industry faces the future with optimism, enjoying very promising levels of bookings that could catapult it to record figures in 2023, but at the same time it is forced to overcome the difficulties of the current international situation, with high inflation rates in basic products and high fuel prices.

Indeed, 28 of the new ships that will be inaugurated in the coming years will use Liquefied Natural Gas, (LNG), as a cleaner transition fuel while other forms of emission-neutral energy generation can be developed that are viable in marine environments. This fuel, LNG, has doubled in price in just one year.

This is just one example of the difficulties that the industry is encountering in advancing its goal of decarbonisation, which also involves ports having electrical outlets to supply ships with green energy when they are docked so that they can turn off their engines. Only a few ports in the world have this system, which requires large investments, although there are quite a few projects underway.  Will they arrive soon enough?

The cruise industry is way ahead of the curve, at the cutting edge of maritime transport, and is already developing several hydrogen-powered ship projects. One such project, the Northern Xplorer, aims to build the world's first zero-emission cruise ship, at the WestSea shipyard in Portugal. The company's CEO will present this project at the congress.

Top executives, international cruise line executives, port authorities, travel agents and companies and experts from the sector will be present at one of the most important cruise congresses in the world.  The event will feature speakers from the top management of cruise lines such as Mario Zanetti, President of Costa Crociere; Wybcke Meier, CEO of TUI Cruises; Mehmet Kutman, President and CEO of Global Ports Holding; Michael Ungerer, CEO of Explora Journeys; Andrea Zito, CEO of Swan Hellenic; Moran Mano, Vice President and Executive Manager of Mano Maritime; and Eithne Williamson, Vice President of Princess Cruises UK & Europe, among others.

Over the two days, a number of panel discussions and presentations will debate the recovery of the cruise industry and destinations, the challenges of re-recruiting all the workers the sector needs and how to regain pre-pandemic levels of sales and prices. Topics such as maritime insurance, digital innovation and river cruises, which are booming, will also be discussed.

Once again, the cruise industry demonstrates its resilience in the face of the new international environment

The cruise industry recovers strongly, commited to decarbonisation and sustainability

National and international destinations will come together at FITUR LGBT+