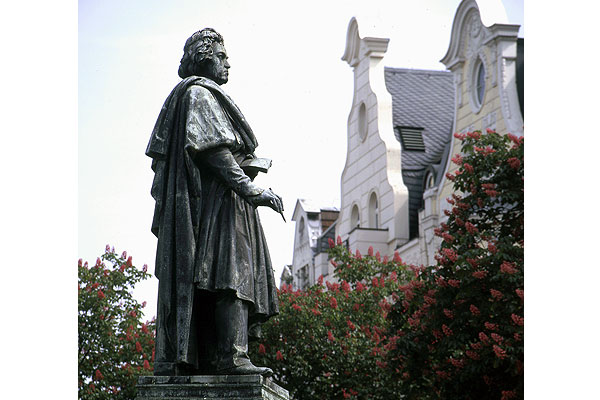 The GNTB has signed a cooperation agreement with the Beethoven Jubilaums Gesellschaft mbH (Beethoven Anniversary Society) to market the anniversary abroad jointly.

"With 21.8 million cultural travelers, we are the number one cultural destination in Europe," explains Petra Hedorfer, Chairwoman of the GNTB Executive Board. "To strengthen Germany's outstanding position as a nation of music, we are setting further digital priorities with the Beethoven campaign. In addition to the central points of interest in the Bonn region, the campaign will also include activities throughout Germany to strengthen the demand for cultural tourism in general, and the basic theme 'Musikland Deutschland' in particular. Because of the anniversary, Lonely Planet has ranked Beethoven's birthplace, Bonn, number 5 among the cities worldwide to be visited in 2020."

Cooperation with Beethoven Anniversary Society
The GNTB has signed a cooperation agreement with the Beethoven Jubilaums Gesellschaft mbH (Beethoven Anniversary Society) to market the anniversary abroad jointly. The subsidiary of the Beethoven House Foundation is responsible for organizing, promoting, and coordinating the anniversary year as an event with international appeal and regional roots. By integrating the GNTB's global networks, the joint activity is going to be communicated even more efficiently internationally and will open up new markets.

Exploring opportunities in high-potential source markets
As part of the theme campaign, the GNTB places relevant content in over 50 markets worldwide. Besides, there are in-depth activities in defined key markets: In the USA, China, and Japan, for example, B2B events will be held at the beginning of the 2020 theme year. Already at the beginning of December, a press highlight trip was conducted, culminating in the attendance of the opening concert in Bonn. The GNTB will be implementing further B2B events and press highlights in European TOP markets for German incoming tourism during the entire year.

A modern interpretation of classic heritage
In all source markets, the GNTB uses modern digital forms of communication to present Beethoven's classical heritage in a contemporary way. A virtual reality application, for example, offers international guests at GNTB events a unique opportunity to "play" Beethoven excerpts from the 9th Symphony live on piano with four hands. Also, an augmented reality application produces "live photos" with Beethoven. A microsite in German, English, French, Chinese, and Japanese bundles information on the anniversary and cultural tourism offers. The GNTB also organizes social media campaigns and influencer trips worldwide. Five films in the "Great Big Story" series are produced with the international media partner CNN and played out in the worldwide Turner network.

Corsair International opens a daily New York/JFK to Paris as of June 10, 2020