“Guatemala. Amazing and unstoppable”, will be the Partner Country FITUR 2023 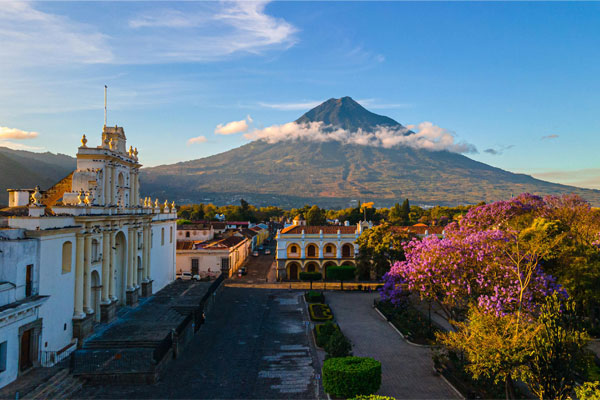 The Central American country will be the protagonist in one of the most important editions of the International Tourism Fair, with the reactivation of world tourism, and in which it will strengthen its brand image in international markets.

MADRID – Guatemala will be a FITUR 23 Partner at one of the most important editions of the International Tourism Trade Fair, which, organised by IFEMA MADRID , will be held from 18 to 22 January 2023, in a context marked by the acceleration of world tourism activity, which in many countries is acting as an engine for their economies and opening up very positive expectations for the future.

According to the Guatemalan Tourism Institute (INGUAT) the joining of forces with FITUR, as a Partner Country, constitutes a broad international platform that will showcase Guatemala as amazing and unstoppable, according to its nation strategy that aims to position the country's main tourist attractions at a global level.

The importance of being a partner country lies in the establishment of close links between Guatemala and FITUR, one of the most prestigious tourism fairs in the world with a continuous trajectory of more than four decades. This collaboration will allow the destination of Guatemala to stand out during the fair, so that the country will be able to take advantage of FITUR's worldwide promotion potential and make the most of it.

As a partner country, Guatemala will be part of the wide range of activities scheduled during the fair. The effective international platform will promote the millenary cultural wealth, traditions, gastronomic variety, dozens of archaeological sites and other tourist offerings of the Central American nation..

"We are committed to promoting our country, recognising who we are and the potential we have to exceed expectations. We are the guardians of our land, we are influencers at a national and international level of our tourist attractions and destinations", said INGUAT Managing Director Anayansy Rodríguez, referring to FITUR 2023.

The managing director of IFEM MADRID, Juan Arrizabalaga, underlined that "  for IFEMA MADRID, as the organiser of the Madrid International Tourism Fair, it is of special relevance to establish this strategic alliance with Guatemala, which will help boost its recognition as a preferential destination and its international positioning as a tourist destination. We are very much looking forward to working together and joining forces for FITUR 2023".

In this way, the thousands of professionals from all over the world who visit the fair will get to know destinations such as Guatemala City, the most modern and cosmopolitan in the Central American Region; La Antigua Guatemala, main icon of the Hispanic colonial heritage and "Cultural Heritage of Humanity" since 1971; Lake Atitlán, located in the department of Sololá, one of the most visited tourist attractions in Guatemala, and nominated as one of the seven wonders of the world; Tikal National Park, "Natural and Cultural Heritage of Humanity", since 1979; Chichicastenango, famous for its multicoloured market, scene of ancient traditions and experiences of the Mayan peoples; Pacaya Volcano, a majestic and active giant that attracts nationals and foreigners; Quiriguá Archaeological Park, “Cultural Heritage of Humanity” since 1981, famous for the incomparable beauty of its Mayan stelae; Río Dulce National Park, recognised for its stone fort, a zealous defender of Guatemalan territory, and Semuc Champey, a natural paradise of turquoise waters and incomparable ecological richness.

The colourful handicrafts and traditional clothing, the hospitality of its people, the flavour, aroma and colour of its gastronomy and the beauty of its natural landscapes framed by volcanoes, lakes, rivers and mountains, make Guatemala a place that stays in the hearts of those who visit it, making it the ideal place for holidays or for business trips, volunteering, weddings and honeymoons, or to live experiences of nature, culture and adventure, highlights INGUAT.

The governing body of Guatemalan tourism will take advantage of the great international showcase that is FITUR 2023 to present the Country Brand: Guatemala. Astonishing and unstoppable, inviting you to discover a nation of breathtaking culture and natural beauty and a strength that can withstand any adversity, as described in its promotional strategy.

Tremendous success for the tourism industry at FITUR 2023