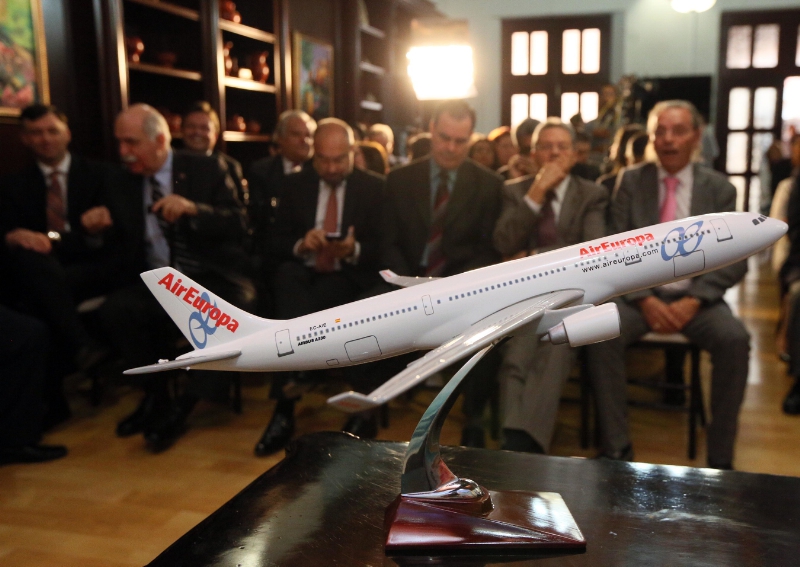 On November 21, Honduran president Juan Orlando Hernandez announced that starting in April of 2017, through the European airline, Air Europa, there will be one weekly flight from Madrid to San Pedro Sula.

TEGUCIGALPA, HONDURAS – Europeans looking for a quick Latin American adventure do not need to look any further as Air Europa announced a new direct fight from the Spanish capital of Madrid to the second largest Honduran city, San Pedro Sula. Now, waking up in the Plaza Mayor and falling asleep by the Puerto Cortes is even easier.

On November 21, Honduran president Juan Orlando Hernandez announced that starting in April of 2017, through the European airline, Air Europa, there will be one weekly flight from Madrid to San Pedro Sula. The airline chose to begin flights in April and run them until October, just in time for Europe's high season for tourism. These new routes are set to increase European tourism for Honduras, while also encouraging more Hondurans to travel abroad.

This new route represents another step forward for economic development for Honduras, where the government has vowed to continue investing in tourism as a part of its Economic Development Plan, Honduras 20/20. This project is said to create over 7000 jobs for Hondurans, while lowering costs for travelers.

By increasing connectivity throughout Central America, Honduras' tourism initiatives seek to establish the country's position within a more integrated and globalized world. As of 2015, Honduras had some of the highest levels of connectivity with Spain in Central America with 27.2% and with Guatemala and El Salvador with 13.5% and 18% respectively, with hopes of increasing that number even higher after the new route takes place.

As Honduras embarks on another journey to improve its global presence, the partnership between Air Europa and Honduras will aid in the country's mission of spreading its culture and people around the world, while  remaining open to inquisitive foreign minds that hope to travel in order to learn about those qualities unique to Honduras.

GetTransfer.com and Air Europa have teamed up to provide their customers with additional benefits