ILTM North America moves to the Bahamas from 2023 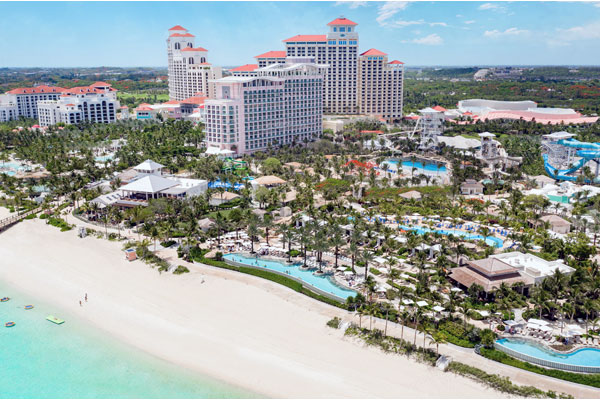 ILTM North America was introduced as a solution to creating strong partnerships and networks amongst the top producing luxury travel community in a resort at one with the natural environment.

ILTM North America – taking place 19 – 22 September 2022 in Mayakoba, Mexico – will move to luxury resort destination Baha Mar in the Bahamas from 2023, with the next edition’s dates confirmed to be 18–21 September.

Simon Mayle, Event Director, ILTM North America commented: “After 10 years in Mayakoba, the continued growth and success of ILTM North America has meant that we have had to find an alternative host venue which can offer the same kind of special magic we have at Mayakoba.  Baha Mar offers exactly this: comfortable infrastructure, rooms, restaurants and networking spaces all in a resort location in addition to the fact that the  airlift from across the US and Europe continues to be exceptional.”

ILTM North America was introduced as a solution to creating strong partnerships and networks amongst the top producing luxury travel community in a resort at one with the natural environment. In taking this ‘sense of place’ that has defined the event for the last ten years to its new home, Baha Mar will bring a sense of scale as well as authenticity to ILTM North America’s new home.

"It is an honor to be the host destination for ILTM North America next year and beyond. This sought-after event brings the best of the travel industry together for a dynamic week of educational sessions, networking and events," says Graeme Davis, President of Baha Mar. "We look forward to introducing our new guests to the luxury of choice experiences our world class brands of Rosewood, SLS and Grand Hyatt Baha Mar have to offer. The resort features premier venues for celebrations of all sizes, brand new luxury water park, Baha Bay and 45 exceptional food and beverage venues including restaurant concepts from celebrity chefs including Marcus Samuelsson, Daniel Boulud, Dario Cecchini and Katsuya Uechi all against the beautiful backdrop of The Bahamas.”