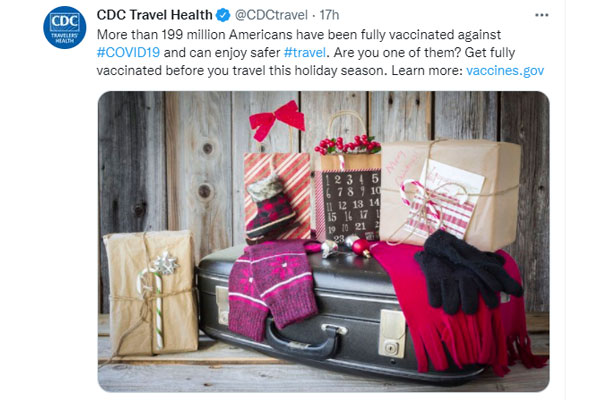 Several countries across the globe have restarted imposing international travel restrictions and measures to guard against Omicron, a new variant of the COVID-19. However, Twitter influencers and Redditors are of the opinion that travel ban may actually harm many industries, especially the travel and tourism industry, according to the Social Media Analytics Platform of GlobalData, a leading data and analytics company.

Smitarani Tripathy, Influencer Analyst at GlobalData, comments: “’Omicron’ emerged as a new trend in social media conversations, which surged to gather about 10,000 mentions in the last week of November. ‘Travel restrictions’ and ‘Vaccines’ were popped up as the top discussed keywords among the conversations around Omicron, following many governments’ decisions to reintroduce pandemic travel restrictions. Most of the influencers have expressed their concern that air travel ban on few countries may not arrest the spread of mutations, rather disrupt the trade as it must have already reached other parts of the globe. Influencers also opine that close surveillance of travelers and vaccination is important instead of a blanket ban on travel.”

Below are a few most popular tweets captured by GlobalData’s Social Media Analytics Platform:

Marc Mendelson, Professor of Infectious Diseases at University of Cape Town:
“'tis the nature of the beast☹️ Omicron already disseminated globally & no doubt like beta & delta, will populate most countries. Travel bans won't stop that & are literally breaking economies.