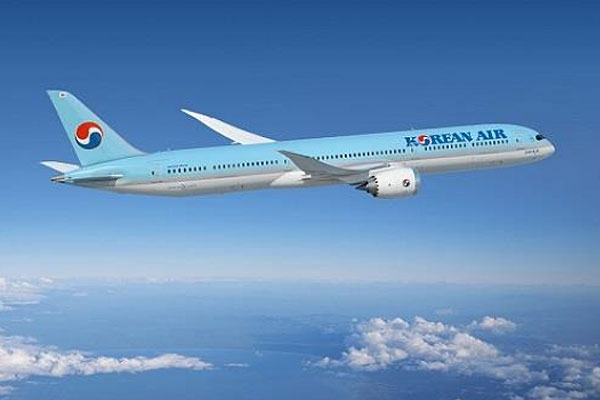 Competition will come from LOT Polish Airlines, which operates the route twice-weekly.

Budapest Airport announce a significant addition to its long-haul connections as Korean Air, the flag carrier of South Korea, becomes its latest new airline. Korean Air will operate a weekly service to Budapest from its Seoul Incheon hub, beginning on 3 October, increasing to twice-weekly by end-October until the end of the W22 season. Later, the airline is set to increase the frequency to three times weekly flights, with the route between the two capital cities being operated by a B787-900 Dreamliner.

Competition will come from LOT Polish Airlines, which operates the route twice-weekly.

The arrival of Korean Air further builds on the growing market and high demand for services to and from Northeast Asia. Indeed, the new route to Seoul follows the resumption of Air China’s connection to Budapest from Beijing in July, further growing links to Asia.

The route is sure to be popular in both directions. Budapest is a UNESCO World Heritage Site with a rich history and beautiful landscapes, while Seoul similarly contains five UNESCO World Heritage Sites. Not only is there expected to be high demand for the route from tourists, but also from businesses. Many Korean companies are located in Hungary as a result of the Hungarian Government’s investment policy in the car manufacturing industry. In 2019 and 2021 Hungary also received large investments from Korea, resulting in very strong business traffic in both directions.

Balázs Bogáts, Head of Airline Development, Budapest Airport, says: “It is fantastic to see that there is yet another long-haul route being launched from Budapest to Seoul in October. The market demand to and from South Korea is considerable enough to support an increase to three weekly flights and we are sure it will become yet another highly successful new route.”

Park Jeong Soo, Managing Vice President and Head of Passenger Network, Korean Air says: "We had considered Budapest as an attractive destination even before the pandemic. Korean Air’s inaugural flight to Budapest will allow our customers to experience and appreciate the city's beautiful nature and diverse attractions.” Jeong Soo added: "With many Korean automobile manufacturers located in the area due to the Hungarian government’s investment policy, we also expect to attract business demand. Korean Air will continue to foster Budapest as a strategic destination in Eastern Europe, and will closely cooperate with the Hungarian Government to vitalise the Incheon-Budapest route."