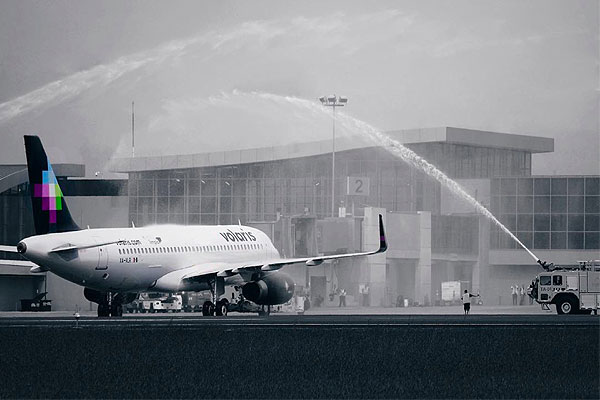 After a press conference featuring remarks by officials from the Miami-Dade Aviation Department (MDAD), Volaris, and the Guadalajara Convention and Visitors Office (OFVC), there was a ceremonial ribbon-cutting and refreshments for passengers and guests before Volaris' first departure from Miami to Guadalajara.

"We welcome Volaris and their passengers to Miami-Dade County, and we wish them success as they begin to serve our community," said Miami-Dade County Mayor Carlos A. Gimenez. "Our residents will also certainly benefit from another air service option to MIA's second-busiest international market."

Volaris is the first of four passenger airlines to announce Miami service launches in 2017. On February 4, Canadian airline First Air will begin charter passenger flights from Ontario, on behalf of Celebrity Cruises. In April, low-cost transatlantic airline WOW air will launch thrice-weekly service to Reykjavik, Iceland. Lastly, Aer Lingus, the national airline of Ireland, will launch first-ever service from Dublin, Ireland in September, with three weekly flights. The four new airlines will add to MIA's current total of 107 carriers – the most of any U.S. airport.

"We are honored that Volaris has chosen to expand its South Florida operations to MIA, and we look forward to welcoming their additional passengers from Guadalajara and Mexico City," said Miami-Dade Aviation Director Emilio T. Gonzalez. "Mexico continues to be a growing international market for us, and we are proud to offer local residents more service to these two popular destinations."