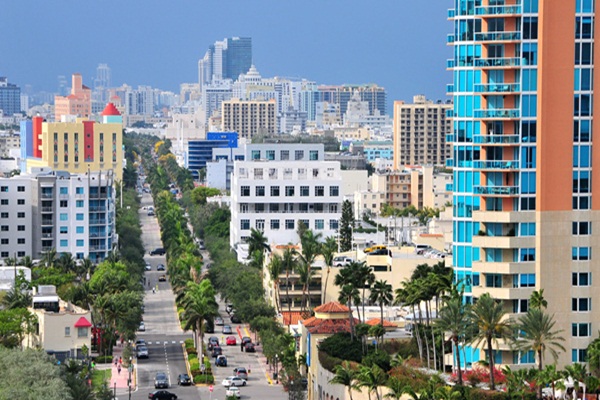 With a nightly rate of $365 for the least expensive room, Miami Beach emerged top of the rankings. Two other US cities, New Orleans and Nashville, complete the podium positions, with rates of $304 and $284, respectively, for the most affordable room.

The South Florida island city of Miami Beach is the most expensive destination in the world for overnight accommodation this coming New Year's Eve, according to a survey by CheapHotels.org.

The survey compared hotel rates in 50 major cities globally. For each destination, the price for the cheapest available double room for a 3-night stay from 30 December-2 January was recorded. Only centrally-located hotels rated at least three stars and with generally positive guest reviews were taken into account.

With a nightly rate of $365 for the least expensive room, Miami Beach emerged top of the rankings. Two other US cities, New Orleans and Nashville, complete the podium positions, with rates of $304 and $284, respectively, for the most affordable room.

Cancun is the priciest non-US city with a rate of $228 per night, ranking it 5th overall. The Scottish capital of Edinburgh ($221) is the most expensive European destination, while Rio de Janeiro ($206) in Brazil came out as the priciest city in Latin America.

The survey results also highlight how the Covid-19 pandemic is still impacting significantly on hotel prices globally. For example, in Dubai and Sydney, both of which were among the most expensive destinations for New Year’s Eve accommodation back in 2019, rates are between 40-50% lower this year. In Hong Kong, prices are down even more, by up to a startling 70%.

The table below shows the world’s 10 priciest destinations for accommodation on New Year's Eve this year. The prices shown next to each destination reflect the nightly rate for the most affordable double room for the period 30 December-2 January.

Massachusetts home to most expensive summer destinations in the US

The most expensive spring destinations in the United States

Three Florida Keys among most expensive spring destinations in the US

FiturNext Observatory announces the winning initiatives of the 2022 Challenge, focused on accessibility in tourism