More UK consumers are complaining about hotels and villas 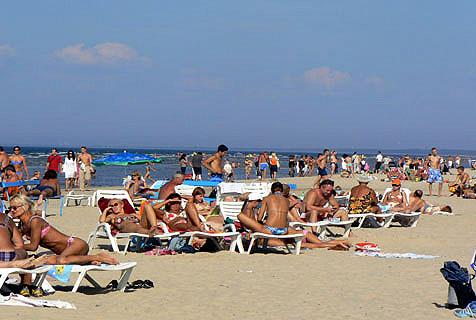 Complaints by UK consumers about accommodation services whilst abroad in Europe are rising and now account for the third largest number of ‘assistance cases’ handled by the UK European Consumer Centre.

Analysis of figures released by consumer advice organisation UK ECC in its Annual Report 2015 show that complaints about such accommodation as hotels and villas went up for its last complete year of statistics.

With the total number of visits abroad by UK residents having increased from 55.6 million in 2010 to a peak of 65.7 million visits in 2015, it’s clear that UK travellers need more accommodation.

Andy Allen, service director at the UK ECC, said: “The rights of the independent traveller within Europe are generally different from those of the package holiday traveller, who has extra rights under the Package Travel, Package Holiday and Package Tours Regulations 1992.

“While UK residents are making more visits abroad, many consumers do not realise that visitors who book accommodation online have no right to cancel – it is not covered by the Consumer Contracts Regulations which came into force on 13 June 2014.”

In 2015, complaints about accommodation services rose from 5.9% (in 2014) to 8.8% of ‘assistance cases’ dealt with by the UK ECC. ‘Assistance cases’ are cases which require further help from our European Consumer Centre counterparts with a view to contacting the trader in the country in question on behalf of the consumer. These are cases where the consumer has tried to resolve their problems but attempts have failed.

Problems in this category cover a range of things which can go wrong when booking or staying at independent accommodation: anything from disappointment at the facilities, to broken equipment right through even to non-existent accommodation.

If a visitor is persuaded into paying for accommodation which simply doesn’t exist, then that is a breach of contract. A ‘contract’ may also be breached if the accommodation provided does not do what its terms and conditions say. Problems in this area may, for example, include substituting different accommodation.

So what are your rights if there is a breach of contract? The consumer actually has a right in law to be put back into the position they would have been in if the contract had been carried out correctly, or at least to be compensated if this is not possible (for example, a refund or a different room to a suitable standard).

“Consumers should take photographs to support their complaint, as proving the cause of a complaint can be problematic once back in the UK.

“It’s also worth knowing that if you are holidaying in Spain there is specific legislation on tourism (which includes a hotels regulation specific to each Autonomous Community). All hotels there must show a sign which outlines that complaint forms are available.”

Coronavirus in Europe: what rights do I have when travelling?

No room at the inn? Growth in hotel and villa complaints

Europe still hit on third quarter of 2016, softened by resilience in long-haul travel