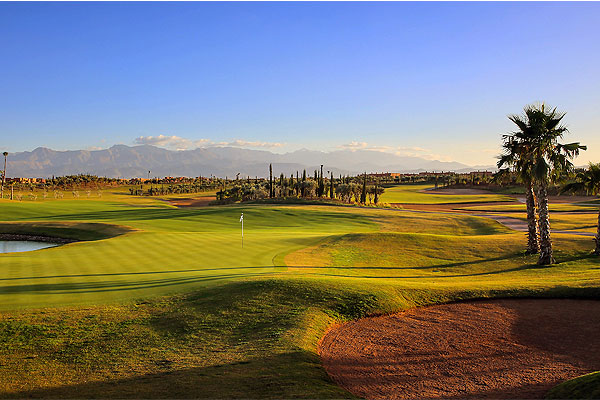 International Golf Travel Market (IGTM), the world’s premier global event for golf tourism suppliers, buyers and media, has announced that the 22nd edition of IGTM will be hosted in the Moroccan city of Marrakech.

The fast-emerging golf destination, which welcomed more than 11 million tourists in 2017, now boasts 23 golf courses, including the award-winning Assoufid Golf Club, Marrakech, recognised as the ‘Best in Africa’ at the 2017 World Golf Awards.

Morocco has also been a host destination to the Hassan II Trophy, a European Tour event hosted by Prince Moulay Rachid, since 2010.

David Todd, Event Manager for IGTM, commented: “We couldn’t be happier with our location for IGTM 2019. There’s exciting momentum in the Moroccan golf industry and it’s obvious that golf is a growing force in the nation.”

Mustapha Zine, Deputy Chairman of the Royal Moroccan Federation of Golf (FRMG), said: “The development of the golf product in Morocco is not only an asset of promotion for the Kingdom, but also an activity to generate jobs.

“Golf in Morocco already employs 2,700 people, and another 1,000 jobs will be created upon completion of the planned golf course developments.”

IGTM, organised by Reed Travel Exhibitions, regularly attracts more than 400 buyers and over 550 golf travel suppliers, highlighting its reputation as the premier event for the golf tourism industry.

IGTM 2019 unveils headline speakers to “Grow golf together” in Marrakech

German golfers spend the most on their golf holidays, new research reveals