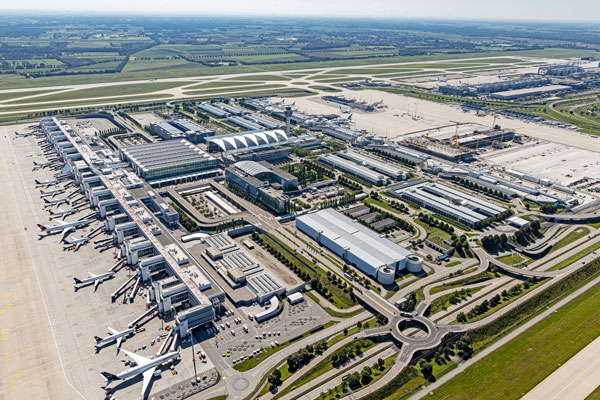 The dynamic traffic development at Munich Airport continued in the third quarter, resulting in the airport's highest growth since the beginning of the pandemic. During the first nine months of the year, 23 million passengers were counted in total. At present, this amounts to ten million more travelers than the passenger volume for the entire year 2021. Particularly in the busy summer months of July, August and September, passenger traffic was already back up to 74 percent of pre-crisis levels, with 10.2 million passengers. If the current trend continues, Munich Airport expects more than 30 million passengers by year-end.

Munich Airport CEO Jost Lammers spoke at the Munich Press Club: "Demand for flights has returned with tremendous momentum this year. Large numbers of people have taken advantage of the opportunity to finally fly again. This is a very encouraging sign for our entire industry because it affirms our view that aviation will continue to play its important role as an indispensable mode of transport for global mobility in the future."

By now, passengers can once again reach 47 destinations in Africa, Asia, North and South America from Munich Airport, in addition to 15 German cities and 138 European destinations. The fact that Munich's premium hub has regained its role as an international air transport hub was confirmed just recently in a global study on quality of connectivity: In terms of the variety of destinations available, Munich ranked 5th worldwide in the "Airport Industry Connectivity Report 2022" published by the International Airports Association (ACI).

From January to September 2022, the number of takeoffs and landings increased to around 212,000. Compared to the same period last year, the figure has doubled. With regard to the volume of air freight and air mail, the tonnage handled in the first three quarters of the year amounted to 200,000 metric tons, which is also almost double the volume handled in 2021. The aircraft load factor in Munich is currently at a record level: while the average rate in the first nine months of last year was up to 65 percent, this year it was back up to 77 percent. In the third quarter, a new high of 84.5 percent was reached at Munich Airport.