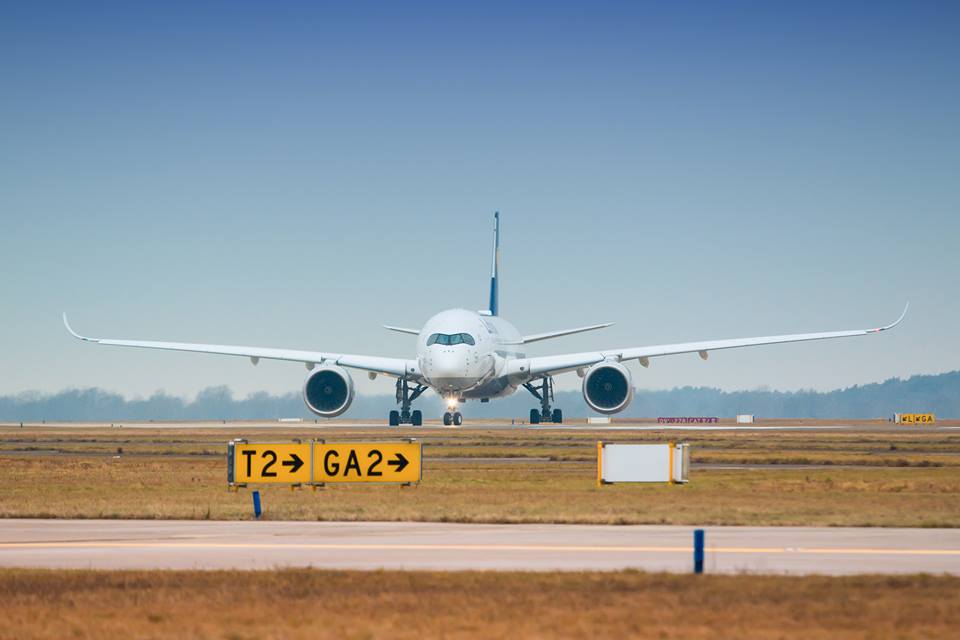 Airline groups added another $42 billion in net losses in 2021 and $15 billion for the first half of 2022. The US industry is on course to return to profitability in 2022, with Delta Air Lines already reclaiming top place in the first half ranking. Losses appear to be worsening in China as COVID-19 lockdowns take their toll on traffic, dampening recovery in the Asia-Pacific region as a whole.

LONDON, UK – Cirium’s analysis of the World Airline Group Finance Rankings results for 2021 and the first half of 2022, reveals a massive net loss of nearly US$220 billion dollars since the start of the pandemic.

The full extent of damage and steep decline in airline revenues is shown in the latest Cirium airline rankings.

Revenues for the world’s airline groups more than halved in 2020 and, despite some recovery, ended 2021 still down by over 40% on pre-pandemic levels. At $500 billion, revenues remain lower than they were 15 years ago.

With most airline financial results in for the first half of 2022, there are further signs of recovery from the depth of the crisis, but the industry is expected to show another loss for the whole of 2022.

Jeremy Bowen, Cirium CEO, said: “It’s a positive sign that the net deficit is decreasing year-on-year. In 2020, the revenue decline translated into net losses of $160 billion, another $42 billion last year and losses for the first half of this year total around $15 billion.

“If losses so far this year aren’t substantially added to, that would leave the airline industry with the overall net loss of nearly $220 billion since the start of 2020.

“However, if we assume that there are no further shocks to the industry, there is the possibility that the industry may break even in the second half of the year, led by US and European airline groups.”

The report shows that demand has been recovering, with global revenues up by 70% for the first six months of 2022, bringing the total to within 20% of 2019 levels.

Cirium’s World Airline Group Finance Rankings for the first half of 2022 shows strongest progress from the North American carriers as they marked up a 5% increase over pre-pandemic levels and returned to a modest operating profit.

Delta Air Lines returns to the top of the revenue ranking this year, with revenue virtually back to pre-pandemic levels.

The Federal Express (FedEx) air cargo operation narrowly slips to second spot, having led throughout the pandemic thanks to a strong global air freight market, driven by surging demand for PPE and ecommerce.

Early results for the September quarter show the current six largest US carriers achieving record revenues and an overall net profit for the first nine months of the year, putting the industry on course to post a modest profit for the year if trends continue.

The major European airline groups, such as Lufthansa, also showed strong recovery in first half revenues, following the lifting of travel restrictions in early 2022 which unleashed a wave of passenger demand.

Traffic within Western Europe has been running at around 95% of pre-pandemic levels since the middle of the year, raising revenues and returning the largest groups to profitability in the September quarter.

By contrast, the Asia-Pacific region has struggled, largely because of China’s continued COVID-19 lockdowns. Chinese airlines posted a 35% decline in revenue and a net loss of nearly $10 billion in the first half of 2022, higher than either of the previous two years.

The results going into the second half of the year are predicted to add to that deficit. Although that is likely to be offset to an extent by airlines within the rest of the region, current performance is unlikely to be enough to counter the deficit flowing from China.

If the industry does manage to contain its net loss for the full year around the $10-15 billion mark, it is worth remembering that is still equivalent to industry annual losses 20 years before in the wake of the crisis that followed the 9/11 attacks.

Most on-time airlines and airports of 2022 unveiled by Cirium