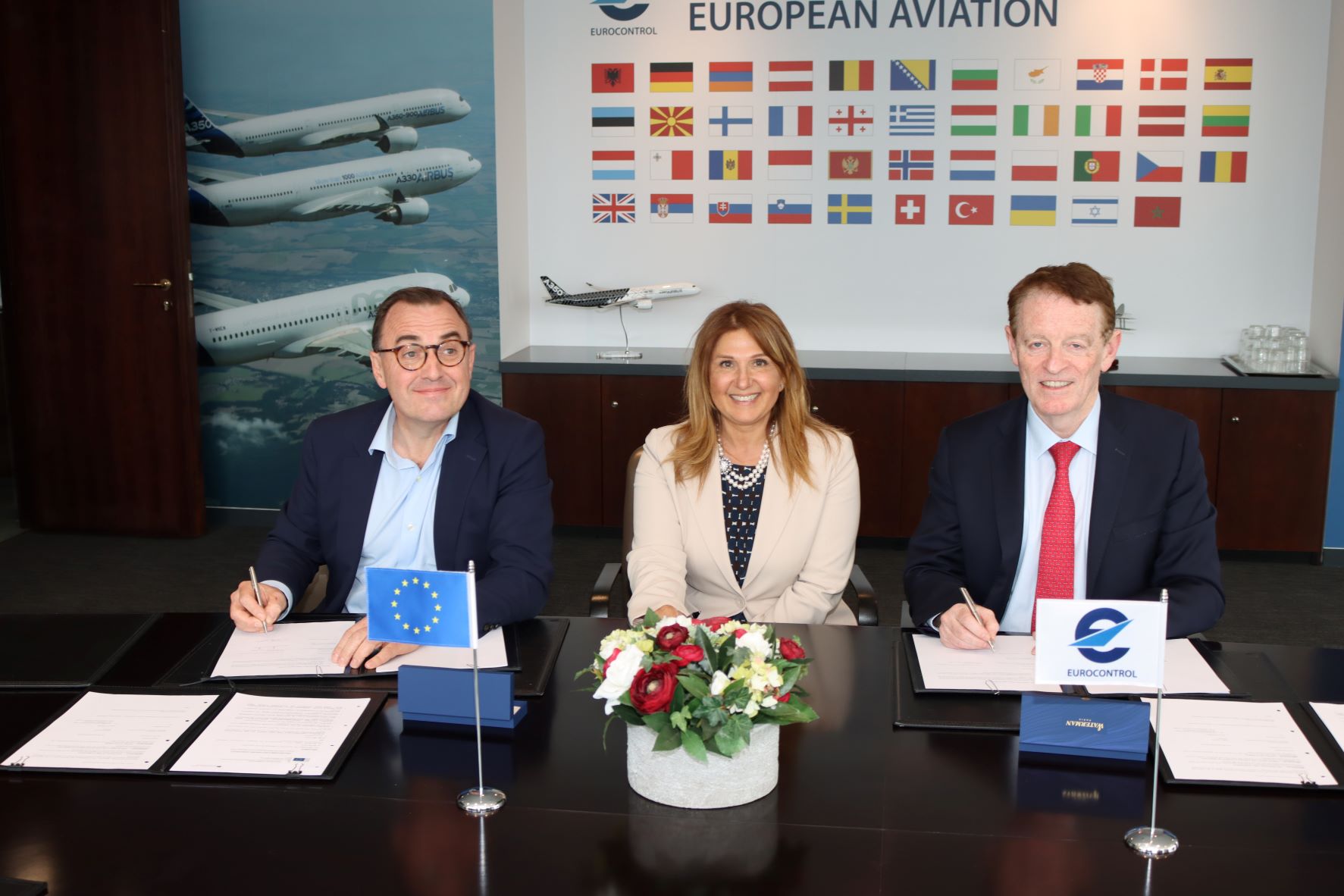 BRUSSELS, BELGIUM – The new consortium behind the SESAR Deployment Manager (SDM) was officially appointed by the European Commission and will start on 1st June.

The new consortium (SDIP – SESAR Deployment & Infrastructure Partnership) with the EUROCONTROL Network Manager as the consortium coordinator, will be located in Brussels at EUROCONTROL’s headquarters.

On this occasion, the SESAR Deployment Manager launched its new credo: ‘Modernising Air Traffic Management As One’, set out for this new mandate until 31/12/2027.

European Commission Director-General for Transport, Henrik Hololei, said: “Modernising Europe’s air traffic management infrastructure is central to meeting our sustainability objectives, and ensuring long-term resilience within the aviation sector. The success of the SESAR project depends on strong partnerships, which, in these challenging times for aviation, have also helped to strengthen resilience.

"I would like to offer a warm welcome to the new SESAR Deployment Manager, the renewed and highly motivated partnership, working alongside the EUROCONTROL Network Manager and bringing together innovation and operational needs.”

Mariagrazia La Piscopia, Executive Director SESAR Deployment Manager, said: “I am very thankful that we received the trust of the European Commission today by signing this Framework Partnership Agreement.

"Together with the buy in of our stakeholders and the commitment of our members, I truly believe we have created the necessary framework to continue, strengthen and improve Air Traffic Management modernisation through SESAR deployment as one team.

“My first priority will be to further build this solid and durable partnership starting from our stakeholders, the people involved in ATM, based on respect, transparency and fairness.

"Working as one is the only way to create a digital and sustainable ecosystem that can meet up to the expectations and challenges ahead in aviation.

“We now have one complete partnership, which is a key instrument to transform the vision of the Single European Sky into an operational reality.

"The strengths of the four parties involved in European Air Traffic Management modernisation (Airlines, Air Navigation Service Providers, Airports and the EUROCONTROL Network Manager) have been put together ensuring trust, consensus and buy-in from the investing stakeholders.

“After seven years of intense work, for which I want to personally thank my predecessors Massimo Garbini and Nicolas Warinsko in leading the way, it is now time to embrace the lessons learned and continue to strengthen and improve the SESAR deployment function to the benefit of all.

“By securing the full involvement of the EUROCONTROL Network Manager which will enable us to use the full potential, strength and skills of this new partnership to make the difference in ATM modernisation and digitalisation, we have now closed the loop which creates the necessary framework to ensure permanent commitment to a timely and synchronised SESAR deployment in Europe.

"All acting as one team to the benefit of European passengers, citizens, economy and environment.”

Eamonn Brennan, Director General at EUROCONTROL, said: “I am delighted to welcome the new partnership for the SESAR Deployment Manager with EUROCONTROL as consortium coordinator to our premises.

"EUROCONTROL forecasts predict 13.8 million flights in the Network by 2030 – a development that urgently needs us to accelerate the deployment of new technologies that can modernise and digitalise air traffic management to increase capacity and make aviation in Europe more efficient, resilient and more sustainable.”

The new consortium behind SESAR Deployment Manager represents all perspectives and standpoints of the stakeholders involved in SESAR deployment: