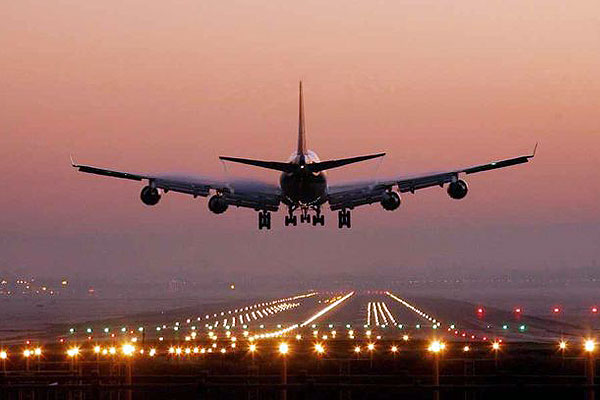 BRUSSELS – European airport trade body, ACI Europe released its air traffic report for October 2021. The report shows that passenger traffic in the European airport network decreased by –36.7% in October compared to the same period pre-pandemic (2019) – an improvement compared to previous month (-42.9% in September).

EU+ Area and international traffic improving
The lower passenger traffic losses came mostly from airports in the EU+ area1 (-41.2% in October, up from -48.1% in September). While airports in the non-EU+ area still kept outperforming in October (-17.4%), they did not see passenger traffic improving to the same extent when compared to September (-20.8%).

These improvements were all led by international (mostly intra-European) passenger traffic (-42.4% in October, up from –50.2% in September). Conversely, domestic passenger traffic slightly decreased during the month (-18.1%) compared to the previous one (-17.9%).

Olivier Jankovec, Director General of ACI Europe commented: “The significant progress made on vaccinations translated into an improved performance for many airports in October. This is good news – and the reopening of the transatlantic market in November only added to the momentum. But at the same time, this has not been a uniform trend. This autumn has shown that the patterns of our traffic recovery vary significantly from country to country and even between individual airports. Most of all, the emergence of the Omicron variant over the past weeks has shown that nothing can be taken for granted – and that our recovery path remains fragile. The re-instatement of travel bans is not supported by the WHO.  We urgently need such measures to be reconsidered, and to make sure we finally learn to live with the virus.”

Uneven recovery pace
Within the EU+ area, there were significant variations in the performance of national markets. Airports in Greece (-16.3%), Cyprus (-20.5%), Portugal (-27.4%) and Spain (-30%) posted the lowest passenger traffic decreases – as they benefitted from significant leisure demand towards the end of the Summer season facilitated by much eased travel regimes.

At the other end of the spectrum, airports in Finland (-65.7%), the Czech Republic (-60%), the UK (-56%) and Sweden (-53.1%) posted the worst performance not just within the EU+ area but across the whole of Europe, along with Israel (-64.3%). This largely reflected continued or reimposed travel restrictions and lockdowns.

Slow recovery for larger airports
Tight restrictions for travel beyond Europe were still the norm in October, heavily impacting the traffic performance of larger European airports in the EU+ area, in particular hubs.

The second busiest European airport in October was Antalya (-7.2%), followed by Amsterdam-Schiphol, Frankfurt and Moscow-Sheremetyevo (-23.7%).

Faster recovery for smaller and secondary airports
The almost exclusive reliance of small regional airports on domestic and intra-European traffic allowed them to tap into significant levels of pent-up demand, achieving lower traffic losses in October. Category 4 airports (less than 5 million passengers per annum) saw passenger traffic decreasing by -22.8% – less than half the decrease of the Majors.

Remarkably, a number of insular airports serving popular tourism destinations managed to fully recover or even exceed their pre-pandemic passenger traffic levels: Sochi (+70.7%), Calvi (+33.1%), Kerkira (Corfu: +12.9%), Ajaccio (+11.5%), Chania (+8%), Rhodes (+6.7%), Paphos (+3.1%) and Funchal (+1.4%). However, these were exceptions. Overall, there was extreme variance in the performance of smaller regional airports as airlines remained risk averse and as worsening epidemiological situations and travel restrictions took a heavy toll on most airports located in the UK and the central/Eastern part of the EU.

Consumers are becoming more selective about where, when and how they share information with brands