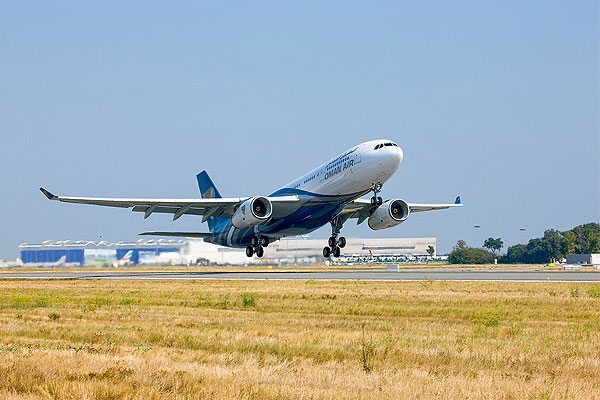 Oman Air will run flights to Guangzhou from Muscat on Mondays, Wednesdays, Fridays and Sundays using its wide-body A330.

Oman Air, the National Carrier of the Sultanate of Oman, intends to start operating flights from its hub in Muscat to Guangzhou, China, from December 9th. Guangzhou is Oman Air’s first destination in China.

The launch of the new route is in response to significant customer demand also demonstrates Oman Air’s commitment to continuing it ambitious network expansion programme, first unveiled in 2014. The new destination opens up easy access to Oman Air’s outstanding range of choices for customers from China, in addition, the flights will further help to strengthen political, economic and social links between Oman and China.

Commenting on the new service Paul Gregorowitsch, Chief Executive Officer of Oman Air, said: “It is always exciting to open a new destination and Guangzhou is a perfect choice to Oman Air’s network. Guangzhou, the 54th destination on the WY network will be an added value meeting the demand of the traders and businessmen of the two countries, as well as to tradesmen from different neighboring countries. Passengers on the new route can now enjoy their entire journey on our luxurious A330, configured with 196 Economy Class seats and 30 Business Class seats. The operation will initially offer four flights per week, and we are confident that this service will be a great success. We look forward to a long and prosperous presence within the Chinese market.”

Oman Air is undertaking an ambitious growth programme to expand its network and ensure international connectivity. The Airline network expansion programme runs in parallel to a major fleet expansion programme that has seen the addition of Airbus A330, Boeing 737 and Boeing 787 Dreamliner aircraft to the airline’s fleet strength, and will witness Oman Air operate 70 aircraft by 2020.

Oman Air will run flights to Guangzhou from Muscat on Mondays, Wednesdays, Fridays and Sundays using its wide-body A330. The planes take off from Muscat International Airport, Oman, at 1015 and reach Guangzhou at 2100. Oman Air flights depart Guangzhou to Muscat on Sundays, Tuesdays, Thursdays and Saturdays at 0625 and land in Muscat at 1100.