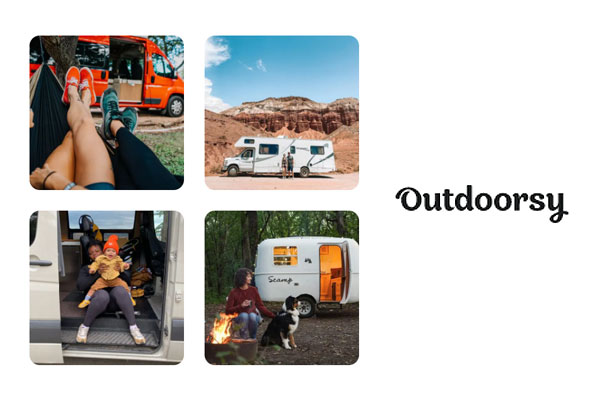 Major milestones achieved in a year where inflation, soaring airfare, and fuel costs made outdoor vacations an appealing alternative in the country’s most restriction-free summer on record.

AUSTIN, TEXAS – Outdoorsy, leading experiential outdoor travel company, announced that it has exceeded $2 billion in total transactions. This milestone comes following the company’s best year on record and the continued growth of its innovative digital insurance brand ‘Roamly’ that enables its peer-to-peer marketplace. The company celebrated its achievement of $1 billion in total transactions in March 2021.

The news comes on the heels of CEO Jeff Cavins being recognized as one of the Most Exceptional Entrepreneurs of 2022 at Goldman Sachs’ Builders and Innovators Summit in Healdsburg, California.

“We’re delighted to recognize Jeff as one of the most exceptional entrepreneurs of 2022,” said David M. Solomon, Chairman and CEO of Goldman Sachs. “These entrepreneurs have all made extraordinary contributions to a wide range of fields, and all of us are looking forward to meeting with these innovative thinkers.”

Golman Sachs selected Cavins from multiple industries to be honored at the two-day event.

“We are inspired by the entrepreneurs building businesses on our platform and leveraging Outdoorsy tools, insurance, software, and resources that power such a fast-growing network of businesses that provide access to the outdoors for thousands of Americans. Outdoorsy is driving $2 billion in GDP – which translates to valuable household income for tens of thousands of families and small businesses across the country. Outdoorsy has become one of the most influential entrepreneurial platforms in America as the country moves into recessionary times,” says Cavins.

Outdoorsy has experienced accelerated growth since its founding in 2014, weathering pandemic-driven cancellations in 2020 to taking RV travel mainstream as one of the most desirable vacation options for consumers. Its insurtech, Roamly, which underpins the marketplace, is experiencing accelerated year-on-year growth of 200%. Outdoorsy and Roamly are helping accelerate the growth of the RV industry as a whole.

“The $2 billion mark is even more exciting to think about when you reflect on the fact that, for most RV owners, this is a new source of income that never existed before,” says Cavins. “For some, that might mean a passive revenue stream to help offset the mortgage payments on their home; for others, that might mean financial freedom and the opportunity to be their own boss.”

Other noteworthy achievements for the company in the banner year of 2022:

Outdoorsy’s proprietary insurtech, Roamly, is the only digital insurance platform designed specifically for RVs, ownership of which has increased 62% in the last twenty years. The market for RV insurance represents a $10B opportunity. With 11.2 million households owning an RV and 9.6 million additional households intending to buy an RV in the next 5 years – and 50% of new RV purchases going to first-time RVers – Roamly’s growth will continue to accelerate.

In March, Roamly announced $40M in booked premium. The company is currently expanding its team of insurance agents as Roamly is close to being approved in all 50 states.

By eliminating the commercial exclusion clause that prohibits online renting activity, Roamly is differentiating itself from the competition by opening up a new revenue stream for RV owners wanting to rent on peer-to-peer marketplaces like Outdoorsy.

In a year where budgets are tight and cutting costs is top of mind for the majority of American households, Roamly is also offsetting stress and giving the consumer added comfort on their investment, offering up to 25% cost savings, in some cases, on personal RV insurance policies.

“I could not be more proud of the incredible team that has built Outdoorsy and Roamly from the ground up,” said Cavins. “In the face of adversity, we have grown fast, and we are just getting started.”