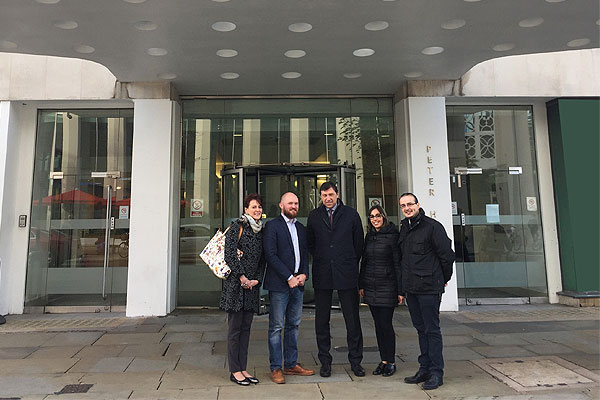 The deal was agreed at ParkCloud’s Manchester headquarters in November, and means the company’s near 3 million users will be able to book spaces in all the official on-site car parks at Malpensa and Linate airports.

ParkCloud has finalised a new partnership with ViaMilanoParking – Official Milan Airport Parking part of SEA Milan Airports to make all the car parks at both Milan airports Milano Linate and Milano Malpensa available on its global parking booking platform.

The deal was agreed at ParkCloud's Manchester headquarters in November, and means the company's near 3 million users will be able to book spaces in all the official on-site car parks at Malpensa and Linate airports.

At Milano Malpensa Airport alone – known via its code MXP and as Northern Italy's gateway to the world – some 9,000 spaces will become accessible via ParkCloud, across five car park categories: P1 Long Term, P2 Executive, P3 Express, P4 Holiday and P5 Easy. Both indoor and outdoor parking spaces are on offer, to satisfy different customers' needs.

Milano Linate Airport (LIN) will come on stream simultaneously, with options to include P1 Top Class, P2 Executive (undercover) and P2 Holiday (open air). Moreover, initiatives such as the new meet and greet service will also be added to ParkCloud's pre-book network.

A phased roll-out is in progress, and crucially an exclusive launch offer has been negotiated by the ParkCloud team.

The two airports, alongside nearby Bergamo – where ParkCloud has worked with the airport since 2014 – serve the Milan metropolitan area. Known as Grande Milano ("Greater Milan"), it is the largest metropolitan area in Italy and the 54th largest in the world, and as such, represents arguably the largest catchment area in the country for drivers wishing to make use of airport parking facilities. Moreover, it is anticipated that demand for pre-booking such services online will triple over the next 5 years.

ParkCloud’s Managing Director, Mark Pegler, said: “SEA Milan Airports is an internationally-renowned airport operator with control over the entire local region. We are clearly delighted to be partnering with this industry giant, and the new collaboration will enhance the airport experience for many passengers, presenting them with additional options to pre-plan more elements of their journeys.

“Milan is a prime destination for us to continue to grow our network and we anticipate a successful and prosperous partnership with SEA Milan Airports going forward.”

Edinburgh Airport: 2017 busiest ever year for a Scottish airport