PPA S.A.: Strong cruising growth at the Port of Piraeus 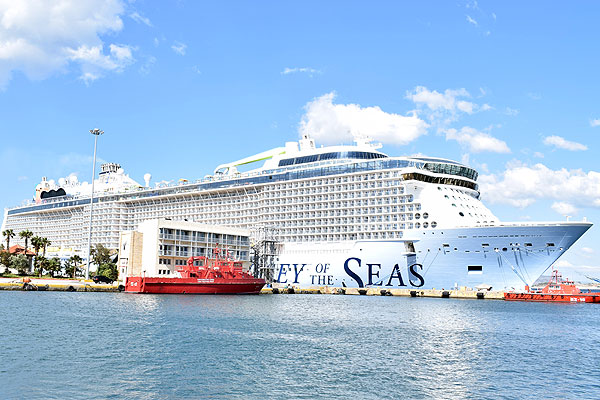 Overall, PPA S.A. is expecting within the fiscal year 2022 the arrival of 750 cruise ships, 66% of which will be homeported at the Port of Piraeus, while arrivals of new companies are also scheduled for 2022.

A dynamic cruising season has already kickstarted at the Port of Piraeus, after some of the world’s largest, most advanced and luxurious cruise ships of the leading cruise companies internationally made their debut.

More specifically, in the previous period the ultra-luxury mega yacht “Scenic Eclipse” owned by the Australian Scenic – Luxury Cruises & Tours which is described as the first six-star yacht, as well as the Royal Caribbean mega cruise line “Odyssey of the Seas” which can accommodate up to 5,500 passengers, but also the “Celebrity Beyond”, the newest and most luxurious vessel of Celebrity, with a capacity of up to 3,937 passengers, made their maiden arrival at the Port of Piraeus. Overall, PPA S.A. is expecting within the fiscal year 2022 the arrival of 750 cruise ships, 66% of which will be homeported at the Port of Piraeus, while arrivals of new companies are also scheduled for 2022.

This dynamic cruising restart is not an accidental event, but the result of the implementation of the strategic growth path of the Port of Piraeus. The new enhanced and modernized Port infrastructure as well as the high-end, quality services provided, backed with the unique geographic location of the largest harbor in Greece have turned the Port of Piraeus into one of the most attractive hub destinations for the cruise industry worldwide.

Is the Umrah visa open for UAE residents