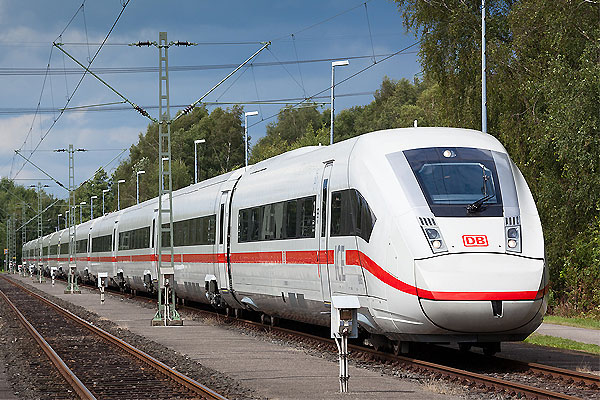 The codeshare partnership with Deutsche Bahn, one of the largest railways operators in Europe, will provide Qatar Airways passengers with connections to eight key cities within DB network like Stuttgart, Nuremberg, Hannover, Leipzig, Cologne, Dusseldorf, Munich, and Hamburg via Qatar Airways’ Frankfurt gateway in Germany.

Qatar Airways currently operates 35 weekly flights between Doha and Frankfurt, Munich and Berlin. Two daily flights from Frankfurt and Munich, and one daily flight from Berlin.

Qatar Airways Group Chief Executive, His Excellency Mr. Akbar Al Baker, said: “This codeshare agreement between Qatar Airways and Deutsche Bahn further strengthens the ties between Germany and Qatar. We have witnessed significant growing demand between Germany to Qatar and beyond. Our new codeshare destinations not only meet that demand, but provide a service for our valued passengers in Doha, and from dozens of destinations globally to new, exciting places to explore in Germany.”

Berthold Huber, Member of the Management Board for Passenger Transport of Deutsche Bahn, said: "We are very pleased to further intensify our succesful and long-standing Rail&Fly cooperation with Qatar Airways through our new codeshare agreement. The Qatar Airways and Deutsche Bahn codeshare offers our joint customers a seamless, easy and flexible journey to and from different German cities.“

Most hashtagged museums in the United Kingdom