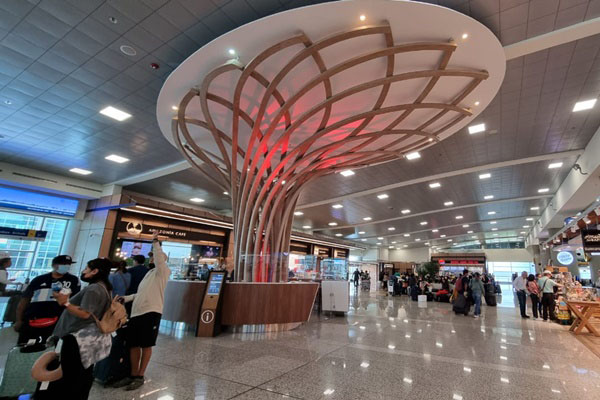 It is the 7th consecutive year that Quito Airport has been awarded as the Best Regional Airport in South America, a category that only includes airports that have their main component of direct connectivity within the same region.

Skytrax, the main organization that evaluates the service offered by airports and airlines worldwide, announced on Thursday, June 16th, the winners of the World Airport Awards in the different categories. Quito's Mariscal Sucre International Airport was recognized as the Best Regional Airport and Best Airport Staff in South America. These awards are in addition to the 5-star rating given to the airport by Skytrax in March this year and the 5-star rating for safety and security measures against COVID 19.

It is the 7th consecutive year that Quito Airport has been awarded as the Best Regional Airport in South America, a category that only includes airports that have their main component of direct connectivity within the same region.

“Maintaining the great performance of Mariscal Sucre Airport in the highest standards of service to our passengers is a task which we are all involved. We remain at the forefront among the airports in the region, which drives us to continue working with the same passion. I want to congratulate the Quiport team in particular, because despite the great difficulties caused by the pandemic, their professional performance has been incredible. In addition, I thank to all the private companies and government organizations that operate and provide services at the airport, and that have supported us now and always”, said Ramon Miro, President and CEO of Quiport.

The main executive of the company that manages and operates the Mariscal Sucre Airport in the Ecuadorian capital referred in a special way to the award for the best airport staff in South America. “This is a recognition that belongs to the airport collaborators. Ecuadorians stand out for their kindness and inclination to offer a warm treatment to the traveler, in addition to their great work ethic. All of us who work at Quito Airport are committed to provide our passengers with a positive experience under any circumstance”, he affirmed.

For her part, Katya Bastidas, general manager of the Public Airport Services Company (EPMSA), stated that: “As the Metropolitan Municipality of Quito, through the Metropolitan Airport Services Company (EPMSA), responsible for monitoring compliance with the commitments acquired by the concessionaire and airport security, we are pleased to know that we are providing our city and passengers around the world with high standards of service, which in turn shows the capital of Ecuador to the world with all its potential and the warmth of its people".

“The synergy and teamwork between the Municipality of Quito, airport concessionaire, airlines, commercial operators and government institutions have been important to ensure that passengers choose our airport as a leader and renew the 5 stars that would not be possible without collaborators. committed and with firm values to achieve joint goals. We consider this award as a challenge to continue improving every day as the Airport of the beautiful city that we represent”, added the official.

The World Airport Awards were launched in 1999, when Skytrax launched its first global airport customer satisfaction survey. The awards are considered benchmarks of quality for airports around the world, evaluating customer service and facilities at more than 500 airports.

What to consider when buying glazed internal doors