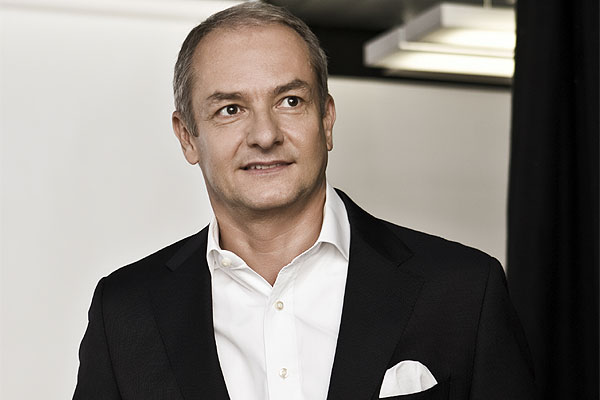 Walter Gehl, Chairman of the GTS Advisory Board, will continue to manage GTS on an interim basis until March 2017.

Reto Wilhelm is taking over operational management as CEO of Kuoni Global Travel Services (GTS) on 1 March 2017. Under his leadership, GTS’s ongoing reorientation as an independent company and the expansion of its activities in attractive market segments will continue. Walter Gehl, Chairman of the GTS Advisory Board, will continue to manage GTS on an interim basis until March 2017.

“Reto Wilhelm, who is taking over operational management of the business, is very experienced in the global tourism industry and has wide knowledge of GTS’s business activities, particularly in Asian source markets. I’m pleased that we’ve been able to bring in a personality like Reto Wilhelm – someone who knows the complexities of the business done by Group Travel, MICE and our Destination Management Specialists, as well as being very familiar with Kuoni’s international culture,” said Walter Gehl, Chairman of the GTS Advisory Board.

Reto Wilhelm, a Swiss citizen, has worked for the Thomas Cook Group in London and Frankfurt since 2013, and has been General Manager of the travel group’s joint venture activities in China since 2015. Previously, he worked as Managing Director of Western and Eastern Europe at Thomas Cook Group, and was also in charge of the UK and Ireland on an interim basis. In 2010, Reto Wilhelm founded his own consultancy firm, and among other things built up Thomas Cook International in Switzerland as a start-up company in 2011. From 2002 to 2010, Reto Wilhelm was a Member of the Group Executive Board of the Kuoni Group in charge of Europe, Asia and the Style Division. Before that he worked from 1990 onwards in various management functions at Swissair and SAirGroup. Reto Wilhelm has a degree (lic. oec.) from the University of St. Gallen (HSG).

He takes charge of operational management as CEO of GTS on 1 March 2017. GTS has run its business activities independently since the Kuoni Group was taken over by private equity company EQT in May 2016. Under the new leadership of Reto Wilhelm, the company plans to continue expanding its position as a leading global provider in the Group Travel, MICE and Destination Management Specialists businesses in attractive markets.

Kuoni Global Travel Services (GTS) offers destination services, from accommodation, transportation, tours and activities, to venue and event management. GTS is the number one player in the growing group travel market, handling 50 000 leisure tours per year. GTS also has a global network of Destination Management Specialists, consisting of six largely independent and entrepreneurially managed teams, each of which is an expert in its own region (South-East Asia, Australia, the Middle East, East Africa, Southern Africa and the USA).