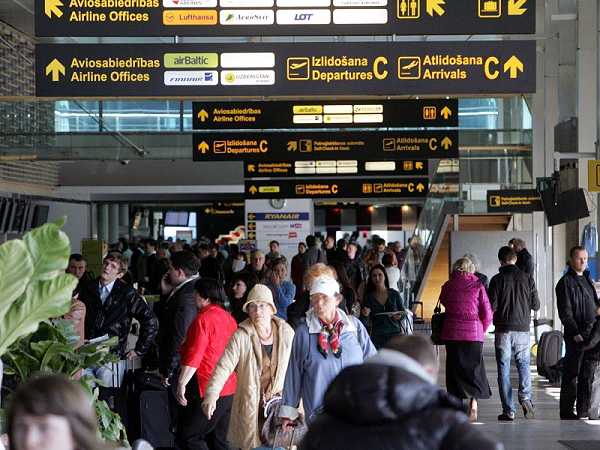 Expecting growth in flight and, consequently, in passenger numbers in 2017, already in the second half of March Riga International Airport will open its expanded security controls area with nine security control lines.

Expansion of the security controls area is one of the measures to be taken by Riga Airport to create more comfortable conditions for passengers before the ambitious Airport terminal expansion project is implemented. Already at the beginning of this year, new check-in counters were opened in the Airport, while in the second half of the year it is planned to set up self-service baggage drop-off lines.

As reported before, the next stage of the Airport terminal development foresees expansion of the passenger check-in hall, baggage claim and sorting areas, security controls area, as well as construction of a multi-storey car park and connection to the newly built "Rail Baltica" Riga Airport station, which should be completed by 2022.

Riga International Airport is the largest air traffic hub in the Baltics, servicing 45% of the air passengers in the Baltic States. The 20 airlines operating at Riga Airport offer 60 destinations in the winter season and 80 in the summer season.